Studio Wildcard has already had a hefty bounty in place for finding exploits in their dinosaur survival game ARK Survival Evolved, but now they're increasing that bounty to help find motivate the already supportive community even more. 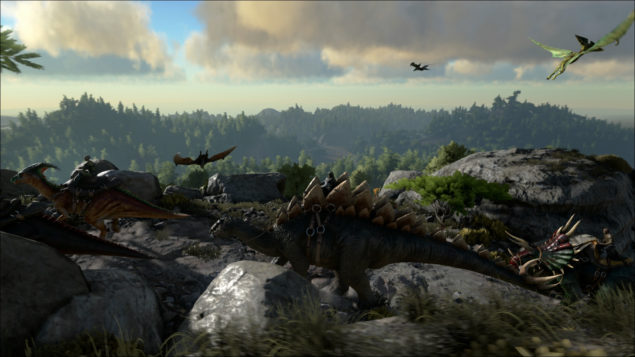 Studio Wildcard has instituted a $200 bounty for any exploits or hacks found in ARK Survival Evolved.

They say that they're looking for anything that has an impact on online gameplay or the servers stability. There are also a number of things that they specifically aren't looking for because those are not really something they care about. The sanctity of the community is their primary focus here. Any single player cheats are just not their concern and a few things should theoretically be taken care of by VAC as well.

They can't promise that you're going to be the first one that finds a specific exploit, but they do want you to know that they're sifting through and reading every single email they get. Once they've evaluated what you've sent, they'll determine who sent it in first and then send off the payment through Paypal.

We are now offering $200 bounties for anyone who can provide us with hacks of any kind (which are NOT aimbots/esp/speedhacks) that can have an impact on gameplay or server stability on our official, online servers. Feel free to reach out toinfo@studiowildcard.com with details. We will naturally evaluate EVERY submission that comes our way, and if we determine that the issue falls outside the scope of "hacks", but still qualifies as an extremely critical bug (such as wide-scale easy duping, or methods of crashing the server, etc.), we are happy to still pay out bounties.

And of course below is what they are definitely not looking for, things that largely don't effect the multiplayer experience.

The first bug bounty was awarded to ZeroDay(++) for successfully finding an exploit that caused servers to crash unexpectedly. The whole process took a little over two hours for Studio Wildcard to verify and reproduce he alleged issue, but after that $100 landed in ZeroDay(++)'s Paypal account for the contribution.

This is a really good case of a developer that really cares about the end user experience and is going to great lengths to close off those that try to take away from other peoples fun. It's also a good way to get the community a little more involved in the process too.