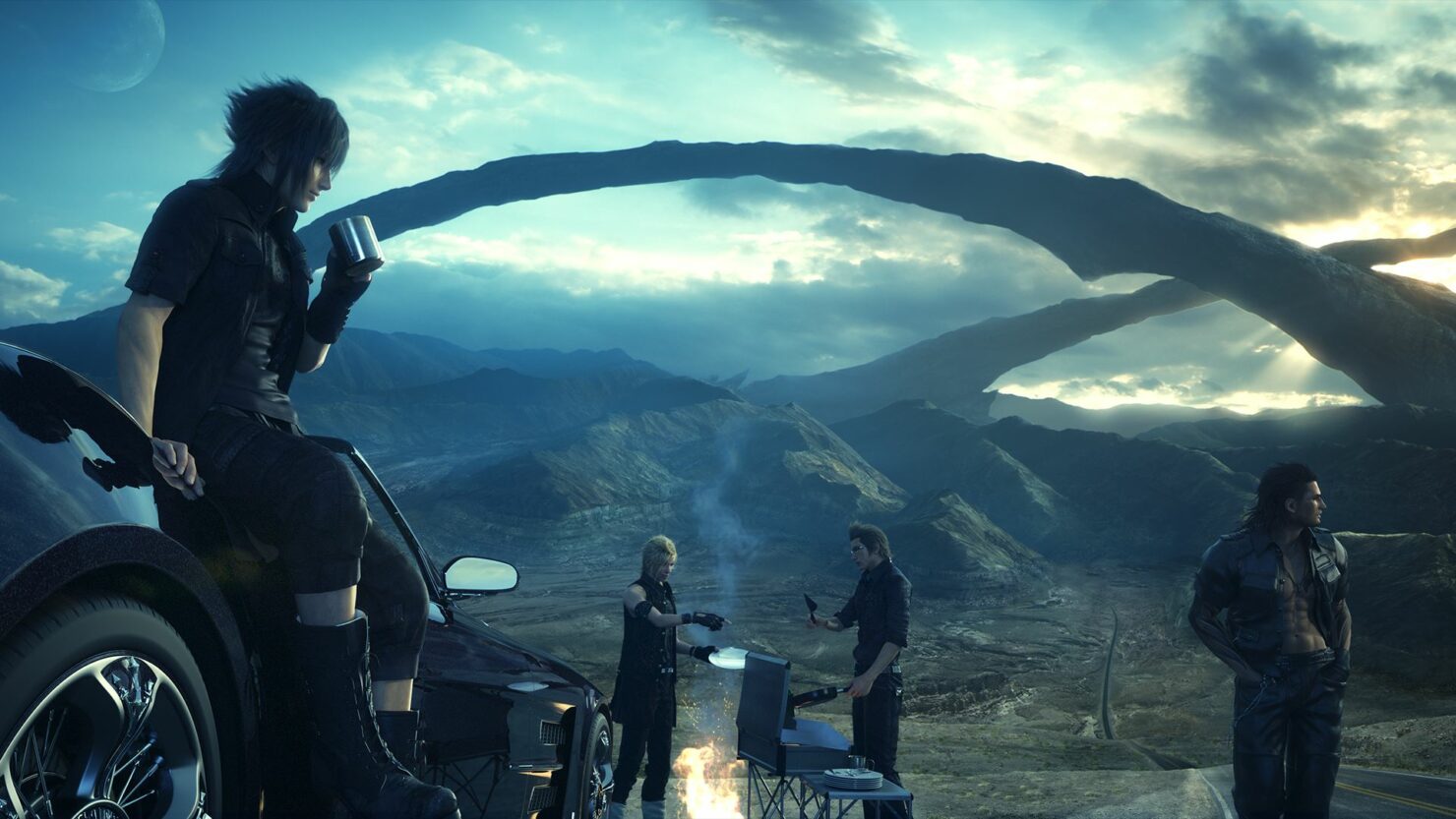 [Update] NeoGAF member DarkLordMalik put together a collection of Final Fantasy XV comparison animated GIFs, showcasing the differences between the regular PS4 and PS4 Pro versions. You can check them out by going here.

[Original Story] Yesterday, Final Fantasy XV director Hajime Tabata confirmed that a new playable demo called Judgement Disk was going to hit the Japanese PlayStation Store soon. As promised, the demo is now available for download for all those with a Japanese PSN account, and new details on the final game have also emerged online thanks to it.

The Final Fantasy XV Judgement Disk demo comes complete with some PlayStation 4 Pro exclusive settings, as revealed by Reddit user MyCatPaysRent, who took the time to provide a handy translation of all of the demo's menu options. According to the translation, PlayStation 4 Pro user will be able to choose between high resolution quality and "lightweight".

Resume game
Save
Load
Options
Tutorials
Back to Title

From within the Main Menu (via touchpad on PS4):
Map
Quest
Equipment
Abilities (this is the grid where you purchase abilities with AP)
Skills (this is management of the party's survival/camping skills)
Magic
Item
Photo
Tutorial Mode

When you select Tutorial from the Options/settings menu, it asks if you want to quit the current game and move to tutorial mode. The options are Yes and No, respectively (Yes on top).
The first prompt states something along the lines of this being training in Noct's memories, then provides three options:
Tutorial
Practice
Return
The Tutorial option then breaks down into four more options for each tutorial:
1) Basic attack and guard
2) Shift/MP usage (assuming this is regarding dodges and teleports)
3) Use of weapons and magic
4) Party member links and recovery

Practice mode breaks down into three options:
Counter/melee practice (vs. Gladio; then gives difficulty options: easy > hard > random > top of practice menu; approach Carbuncle to end or change difficulty)
Magic Practice (vs. goblins; must go into the Equipment menu to equip the given spells before using them)
Free battle (vs. Gladio; gives a number of weapons and Fire magic to play around with--including one particularly interesting weapon I personally hadn't seen before, which I won't spoil here)

With the demo now out, players can finally experiment with the Final Fantasy XV battle system. Twitch user Jacien recently shared a short clip showcasing a combo that those who have been following the game for a long time will surely recognize.More battle footage has also been made available by YouTube user Kumiko, mostly showcasing the basics.

Finally, YouTube user Shirrako also shared a PlayStation 4 Pro playthrough of the Final Fantasy XV Judgement Disk demo. You can check out the first part, which is relatively spoiler free, right below.

Final Fantasy XV launches on November 29th on PlayStation 4 and Xbox One.