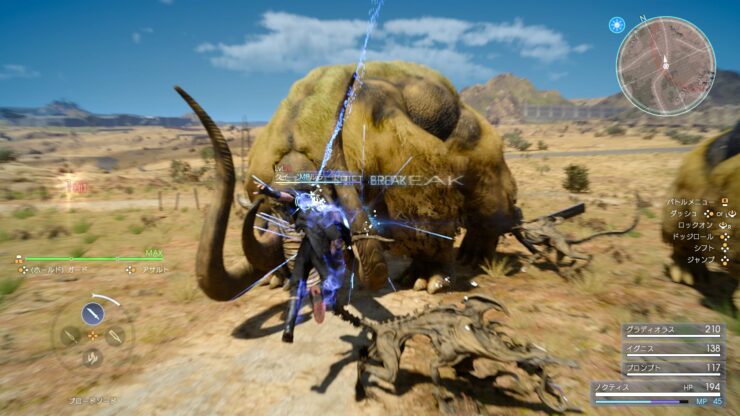 [Update] New details have also come in regarding the game's Season Pass, which will include episodes focused on Noctis' comrades. Following the release of the character episodes, a brand new online co-op mode will be released for the game, with up to four players being able to adventure together as Noctis and his friends.

[Original Story] Final Fantasy XV has been in the works for so long that many fans never thought that this moment would ever come. But now it's finally official: the soon to be released role playing game by Square Enix has finally gone gold.

During today's Paris Games Week event, director Hajime Tabata himself confirmed the news while showing one of the gold copies of the game. The news has been later confirmed again by the Official Final Fantasy XV Twitter profile.

Today's Paris Games Week livestream also showcased plenty of new gameplay which highlights the major improvements that have been introduced to the game these past few weeks. You can check out the full livestream right below.

A rapidly shifting world, enemies that appear endlessly, gradual loss of abilities… and a madness that brings harm to the beloved fiancée.

This epic production, which can only be described as a nightmare for the struggling Noctis, is a collaboration between Final Fantasy XV and DIGIC Pictures, the world-renowned 3D animation studio that also took part in the creation of Kingsglaive: Final Fantasy XV.

Final Fantasy XV was originally scheduled for a late September release, but director Hajime Tabata confirmed two months ago that additional development time was needed to avoid releasing a huge day one patch. The game, however, is still getting a smaller patch at launch which will introduce some tweaks and fix some issues, such as camera improvements and more.

Final Fantasy XV launches on November 19th in all regions on PlayStation 4 and Xbox One.