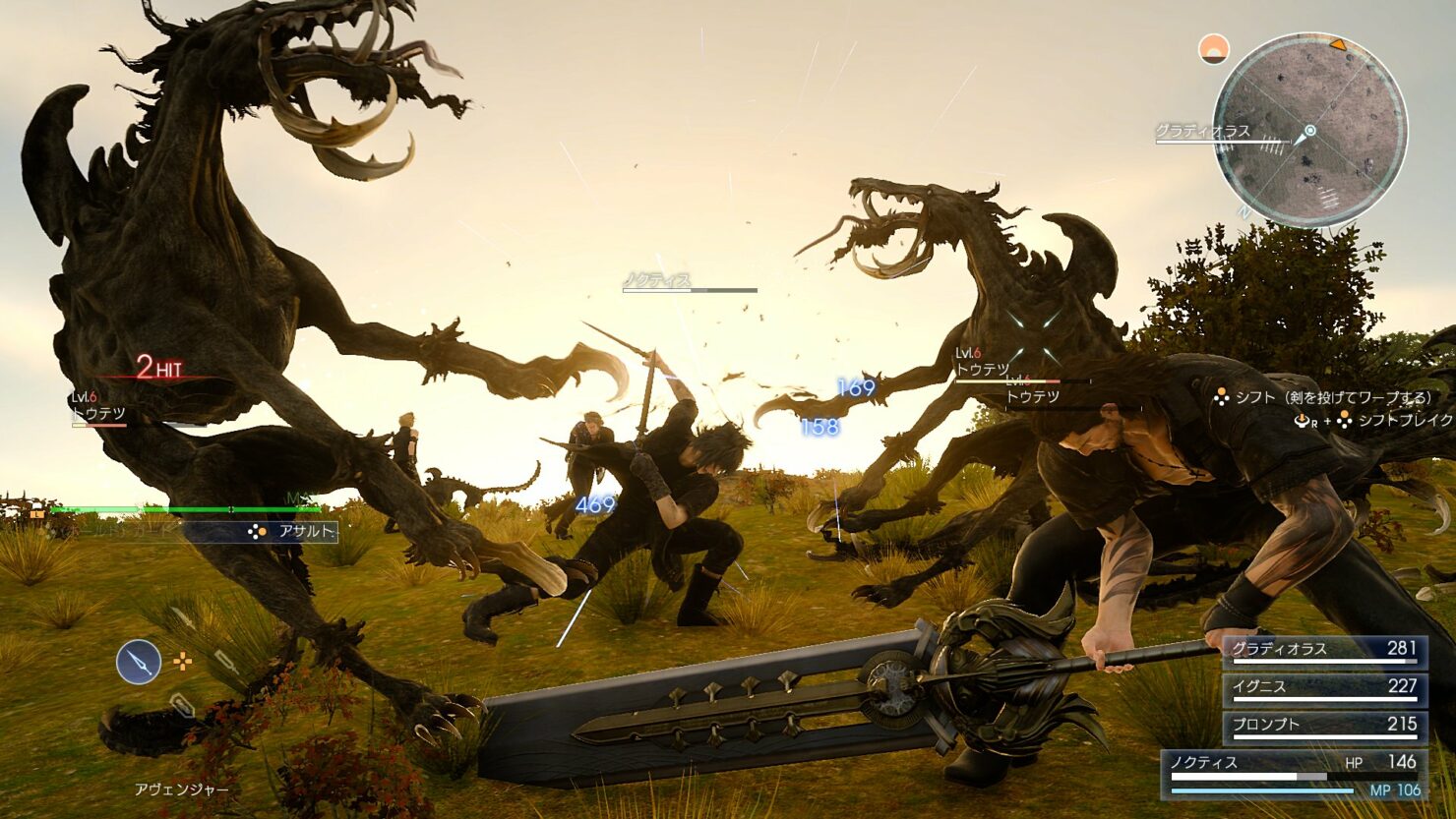 In the past few weeks, Square Enix has been showing more of Final Fantasy XV, the highly anticipated new entry of the long running role playing game series finally launching next month on PlayStation 4 and Xbox One. With so much new gameplay footage, it's easy to miss some of the finer details, but a dedicated fan has come to the rescue a few hours ago, providing some interesting new details on weapons.

Reddit user Merutan shared a few hours ago a couple of images taken from gameplay footage that has been shown during the Tokyo Game Show 2016 last month complete with the translated the names of the available weapons. Long time fans of the series will surely notice how many of the weapons have appeared in previous entries of the series.

Additionally, Merutan also managed to get more details regarding some of the Armiger weapons that have been seen in the recent gameplay footage.

Swords of the Majestic: The original here is literally 'Dual-swords of the Lion King'(獅子王の双剣), where lion in reference to a king usually highlights their majestic and brave qualities. In the 53 minute video I saw Noctis had daggers equipped that are named "Swords of the Wanderer" - since this is the only armiger weapon that is explicitly plural I'm going to assume this is it. Not 100% sure though.
Broadsword of the Conqueror: Possibly 'Blade of the Conqueror' that we've seen so far? However, this is one of the few weapons where the original explicitly calls out broadsword instead of using a generic word for 'blade'.
Visit of the Dauntless: This one is really confusing. The original looks to be 鬼王の枉駕, where 枉駕 means 'going out of your way to meet someone'. Uh. I did a bunch of searches but none of it was used in the context of weaponry, so I have no idea what this one is referring to.
Trident of the Oracle: 逆鉾(sakahoko) is usually used in reference of a very specific tri-pronged spear. Google 'ama no sakohoko' if you're interested in learning more.
On another note, a lot of these armiger weapons use different variations of the word 'blade/sword' etc. so it's not completely clear which weapon type they are. 🙁 For example, Blade of the Brutal and Blade of the Demonic are using different words in the original Japanese 刃 vs 刀剣 but honestly they could both be referring to swords/blade/sharp edgy things.

Final Fantasy XV launches on PlayStation 4 and Xbox One on November 29th. To learn more about the current state of the game, you can check out some footage that has been shown during Twitchcon 2016.