Final Fantasy XIV Before the Fall: Part 2 is Out Now

It looks like Square Enix is looking to get us all excited and ready for the last DLC for Final Fantasy XIV. Before the release of Heavensward, however, we're going to see the conclusion to their current story line, Before the Fall: Part 2, and with that we also get Patch 2.55. 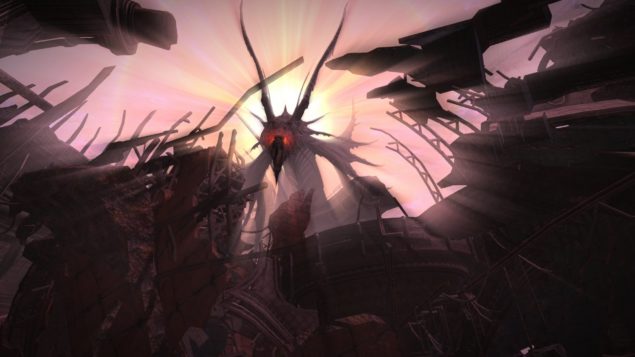 Square Enix has released Before the Fall: Part 2 and Patch 2.55, the conclusion to the current story and the precursor to their next iteration Heavensward.

Quite a few main quests have been added to the game via the new patch and Before the Fall: Part 2. 19 quests in total have been added with a minimum level of 50 being required, and the completion of Before the Dawn. All of the quests seem to be slightly small in the content department, but that doesn't mean they'll be horrible.

Path 2.55 has changed a few things that affect the balance of the game. Items have been adjusted to be slightly more or less effective to help you enjoy yourself a bit more. They've also fixed a few trifling issues that were present, like the appearance or lack of, of clothing on certain NPC's

My favorite fixes though? The Chocobo racing!

Chocobo racing has been adjusted as follows:

Full patch notes are available here. Also, Heavensward should be out around the 23rd of June for those of you that are waiting. It should add a fantastic conclusion to this epic and under appreciated MMORPG.