Final Fantasy VII Remake Demo Doesn’t Include All Chapter 1 Content; Free-Roaming May Be Bigger Than Expected 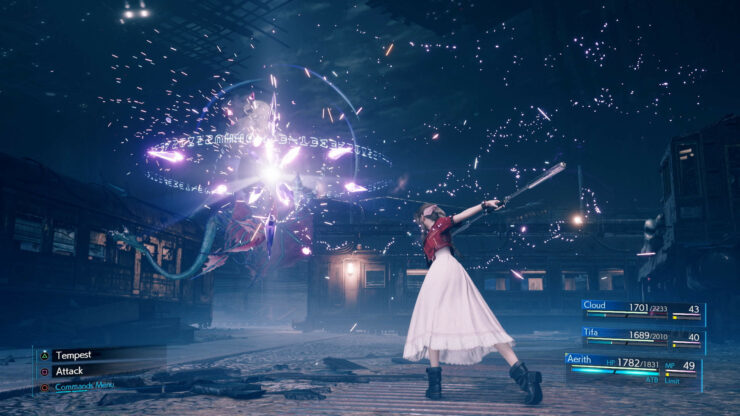 The Final Fantasy VII Remake demo allows players to experience the final game's first chapter, but it seems like the final game will still hold some surprises in its first hour.

According to The Completionist,, the demo doesn't feature everything the game's first chapter has to offer, as some content has been cut out for story related purpose.

On a related note, it seems like the free-roaming parts in the Final Fantasy VII Remake will be bigger than expected, according to a report from a supposed translator of the game. The original Reddit post has been deleted, but some users quoted the relevant info in following posts.

This game is bigger than what I was expecting in terms of free-roaming.

As the original post has been deleted, it may be unaccurate info, so take the information with a grain of salt.

Yesterday, Final Fantasy VII Remake director Yoshinori Kitase confirmed that he is fully committed to the saga, and he is ready to work on it for the rest of his career. He also talked about the game's new battle system, confirming that a turn-based system was never considered due to the changing tastes of the fanbase.

Final Fantasy VII is a game which, if it just stayed as the original, would just be remembered as something from the past and people wouldn't be as engaged with it. I think in order to be something that continues to be loved and followed by future generations we have to keep updating it as we're doing now. And in 10 years time, 20 years time, it may need to be done again! So even if this is the only thing that I do in the rest of my career, I won't be disappointed.