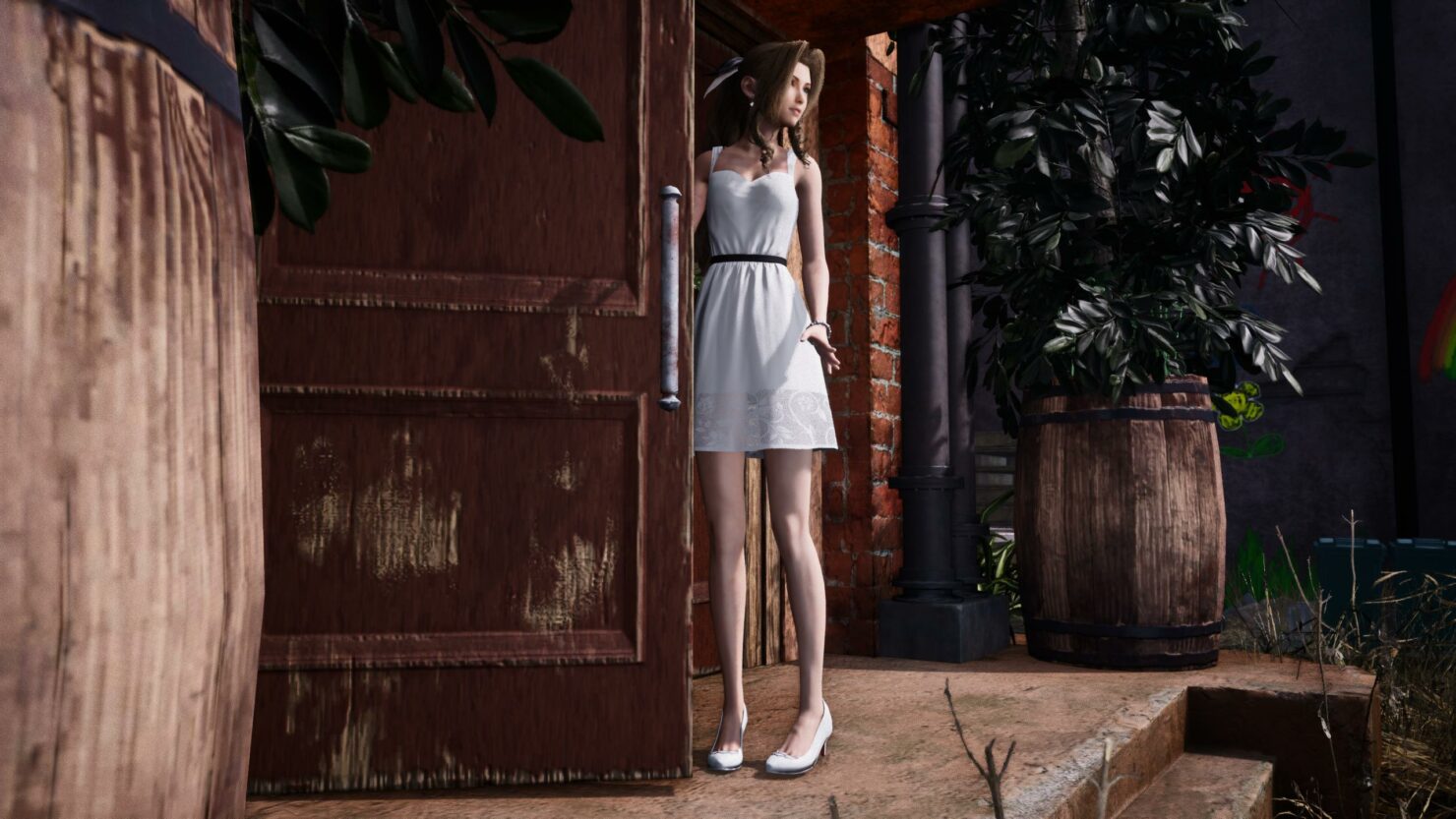 A new Final Fantasy VII Remake mod has been released, adding a brand-new dress for Aerith to the PC version of the game.

Another day, another mod for the recently-released PC version of the popular Remake. Created by modder ‘vxsapphire’, this “Flirty Dress” mod adds a cocktail dress for the last member of the Cetra - Aerith Gainsborough. Truth be told, this dress looks quite good and might even rival Aerith’s dress as seen in 2007’s Crisis Core: Final Fantasy VII.

In order to use this new dress mod, users will need AdventurerAdol's Cheap Dress mod – this mod allows users to let Aerith use her “cheap” dress throughout the entire game, and also works in battles.

The “Flirty” dress mod can be downloaded via Nexusmods and comes in white, red, purple, and black. We’ve included some screenshots of the mod in action down below.

Final Fantasy VII Remake is available now globally for PC, PlayStation 4, and PlayStation 5. The release date of the PC version was officially announced during last month’s The Game Awards.

In FINAL FANTASY VII REMAKE INTERGRADE on PC, players will follow the story of ex-SOLDIER operative turned mercenary Cloud Strife, who descends on the mako-powered city of Midgar as he lends his aid to an underground resistance group calling themselves Avalanche in their fight against Shinra Electric Power Company, a shadowy corporation. FINAL FANTASY VII REMAKE INTERGRADE also includes an exhilarating new story arc, FF7R EPISODE INTERmission, which brings ninja Yuffie Kisaragi to the forefront as she infiltrates the city of Midgar during the events of the base game.