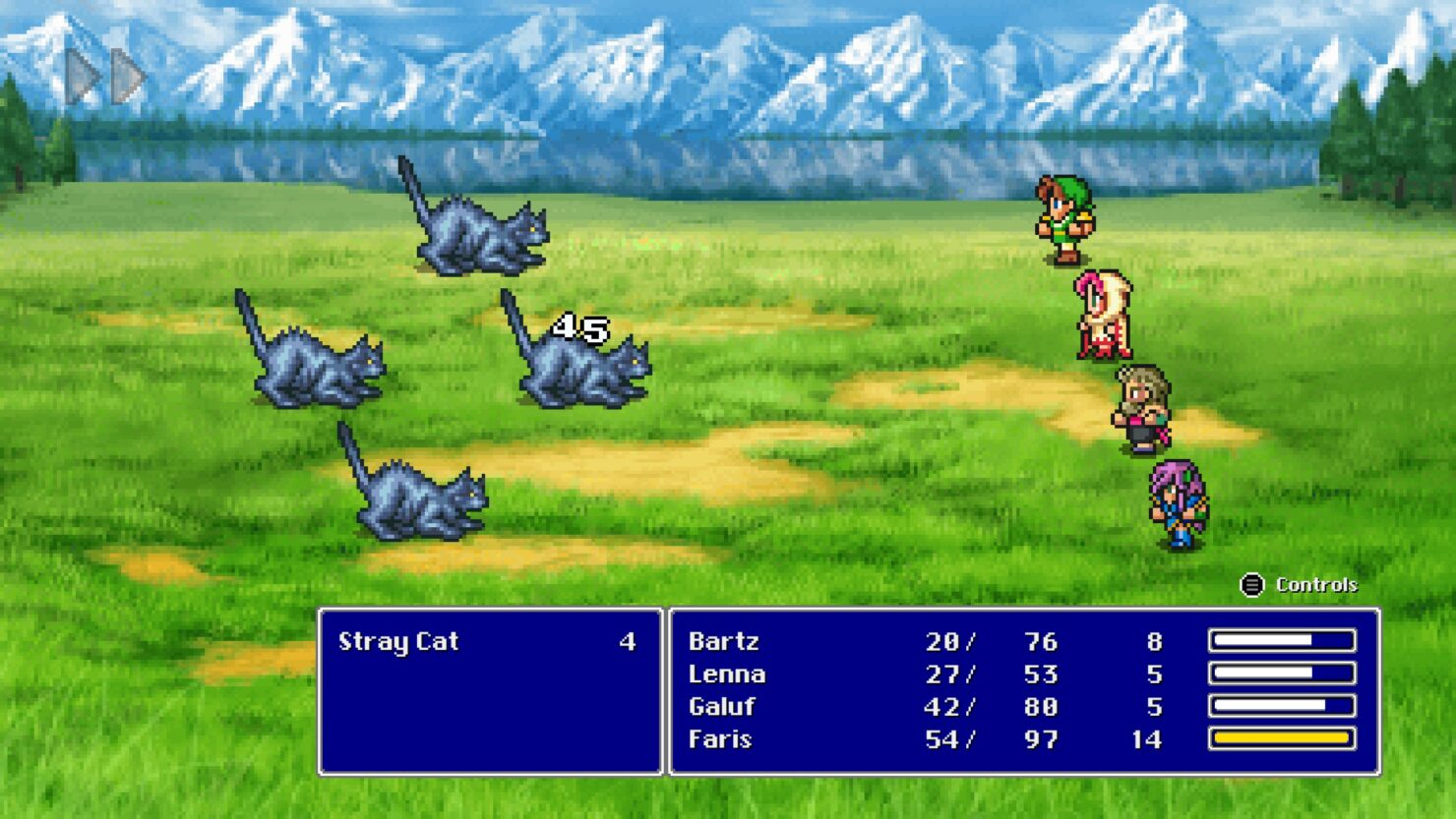 New Final Fantasy V Pixel Remaster mods that have been shared online restore some of the game's visual elements to those of the original SNES release.

The SNES Battle Sprites mod reverts all of the characters' combat sprites to their SNES version, for a total of 4,044 restored sprites. You can download this mod from Nexus Mods.

The second mod that attempts to restore Final Fantasy V Pixel Remaster's original feel is the SNES UI mod, which replaces the new interface used in the Pixel Remaster series with one that is reminiscent of the SNES version. You can download this mod from Nexus Mods as well.

Final Fantasy V Pixel Remaster is the penultimate installment of the series, featuring new visuals and rearranged soundtrack. The game is now available on PC via Steam as well as on iOS and Android.

The original FINAL FANTASY V comes to life with completely new graphics and audio as a 2D pixel remaster!

A remodeled 2D take on the fifth game in the world-renowned FINAL FANTASY series! Enjoy the timeless story told through charming retro graphics. All the magic of the original, with improved ease of play.

The King of Tycoon has sensed a disturbance in the wind. When the crystals that balance the powers of the world are threatened, the king hastens to the rescue...only to go missing. Somewhere a young man and his Chocobo find themselves drawn toward friends that will change their destiny.

Building on the job systems of previous games, FFV includes a diverse selection of jobs to try, and a unique ability system that lets you combine skills.

Develop your characters with free reign, and master your battle tactics in the fifth installment of the FINAL FANTASY series!