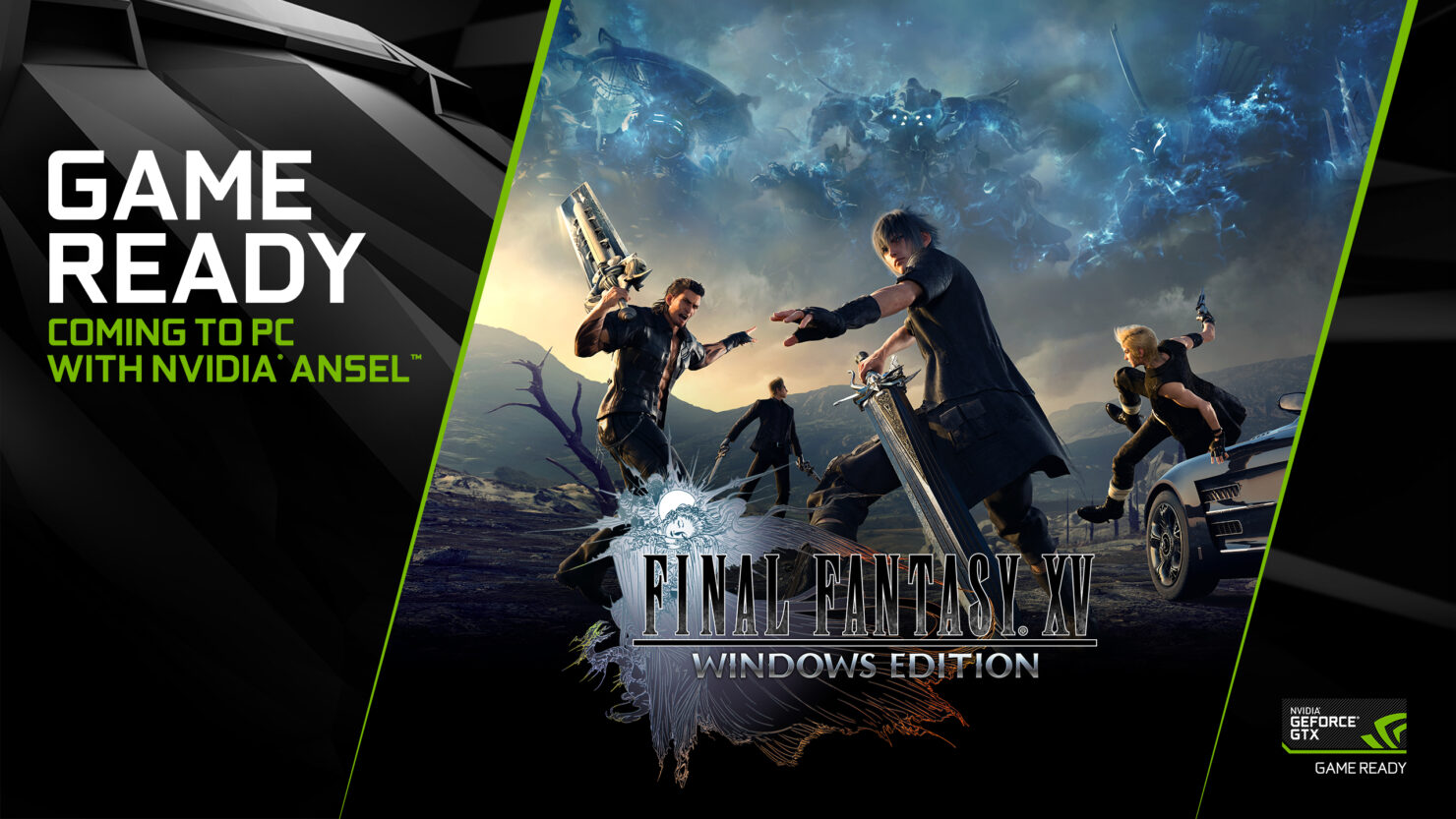 FINAL FANTASY XV WINDOWS EDITION is one of the biggest games on NVIDIA's list of titles due to support Deep Learning Super-Sampling (DLSS), the new AI-based technology that exploits tensor cores in the recently released RTX GPUs. In fact, while the actual game doesn't support DLSS yet, the benchmark does and it was used by reviewers as the first test to assess the potential of this performance enhancing technology.

We were able to have a quick chat with Takeshi Aramaki, Technical Director and Lead Programmer on FINAL FANTASY XV at Square Enix, who discussed NVIDIA DLSS at length and revealed that NVIDIA RTX based reflections may also make it into the game in the future. He also pointed out that the technologies available in RTX GPUs could potentially change the way developers make games in the future.

Check out the transcript of our interview below.

How did this partnership with NVIDIA come about? Did they contact you or the other way around?

With FINAL FANTASY XV WINDOWS EDITION, we’ve used a number of NVIDIA Gameworks
technologies, which greatly enhance the appeal of the game. NVIDIA PhysX is a technology we’ve
wanted to use. As for other Gameworks technologies, NVIDIA presented to us with several
fascinating proposals, but through discussions with the NVIDIA team, we ultimately decided upon
what technology to use and how to use it. Our development team has established a close
collaboration with them and NVIDIA’s DLSS technology was proposed to us by the NVIDIA side.

Can you explain your implementation of NVIDIA DLSS in Final Fantasy XV? Was it easy to get it working?

The implementation of NVIDIA DLSS was pretty simple. DLSS library is well polished so, with DLSS,
we were able to reach a functional state within a week or so, whereas it could take months if we
implemented TAA on our own. The velocity map and how it’s generated differ depending on each
game engine. In order to support that aspect and to keep pixel jitter under control, we needed to
modify parameters.

Does it improve image quality compared to TAA (Temporal Anti Aliasing)? What kind of performance improvements have you seen after enabling it?

The resolution of the texture reduces partially at times, but polygon edges are much cleaner and
we’ve been able to realize blur reductions. The performance significantly increases with the 4K
resolution and the framerate also shows a substantial improvement.

Do you have an ETA on when this feature will be available in the actual game?

We can’t make a promise as to when it’ll be released, but with the cooperation of the NVIDIA team, we’re putting much effort into development so that we can utilize NVIDIA’s DLSS technology for
FINAL FANTASY XV WINDOWS EDITION as well.

Have you looked into adding actual real-time ray tracing to Final Fantasy XV or is it too late for that? What do you think of the NVIDIA RTX and the GeForce RTX graphics cards, anyway?

Ray tracing is a technology that we’re tackling with much interest, and we’re now looking into the
possibility of using raytracing to depict reflections in FINAL FANTASY XV WINDOWS EDITION. I believe it’s possible to integrate raytracing into the game engine later and use it to express certain
in-game elements.
I think the GeForce RTX graphic card will play an important role in pushing for a next-generation
expression of game graphics. I also think that these graphics cards can potentially change the way we create games in a significant way.