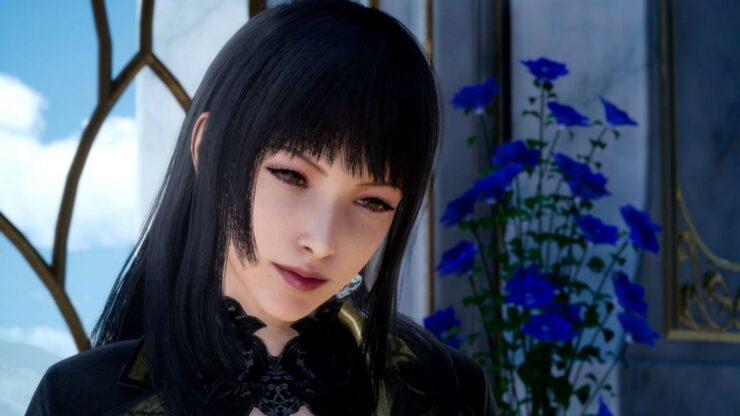 We've known about the troubles encountered by Final Fantasy XV (FFXV from now on) during its ten-year development period. The game started as a spin-off for PlayStation 3 titled Final Fantasy Versus XIII and had Tetsuya Nomura directing it, but in 2012 he was replaced by Hajime Tabata while the project was rebranded as FFXV and moved to the new generation of consoles (PlayStation 4, Xbox One).

Recently, Character Designer Roberto Ferrari (who has since left the development team) talked on his Facebook page about the disorganization inside the studio.

They're highly disorganized. Our staff (200 suffering souls) had to work on FFXV while the story still had to be finalized. In 2013, the damn story changed every three months or so and the game's release date had been scheduled for December 2014.

In the world of animation, which is where I come from, the main story is nailed down before hiring the staff in order to avoid this kind of a waste.

My Gentiana had a different gown. She had some sort of uniform (same color of the final dress) with a white armor piece on the left arm and a heavy sword of the same color of the armor. Gentiana was the messenger of Stella and as such, she represented a point of contact between the cultures of Nifhleim and Tenebrae.

All over her dress, she had floral decorations (those were actually more like leaves than flowers and they were not that garish).

There were some characters I liked but were removed from the story. They were more ninja-like, similar to the ones in Kingsglaive but more Japanese in style. By the way, Umbra transformed in one of those characters. My little Umbra, you'll never see him in human form...

He also worked on the FFVII Remake, but when prompted on the topic he replied that there won't be many new characters and as such, he wasn't able to express his fantasy freely like he did for FFXV. He mostly worked on reimagining the existing characters from Final Fantasy VII.

It's been a while since we've heard anything from the FFVII Remake. Hopefully, we'll hear more about it at next year's E3; in the meantime, series fans can finally play FFXV. The game, which is currently discounted on the PlayStation Store flash sale, was rated 8.5/10 by Chris: