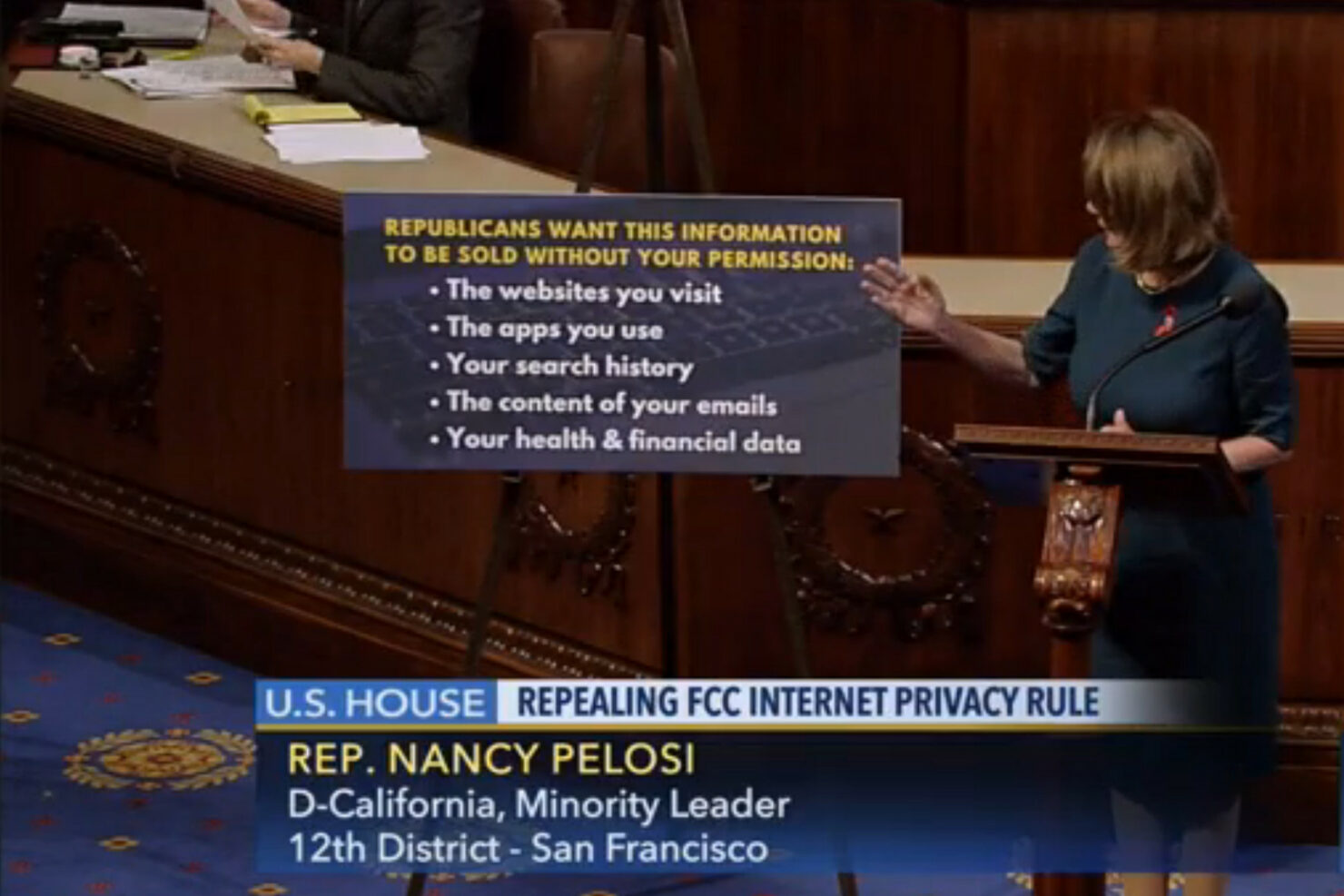 After Senate, the House too has now voted to enable internet service providers to sell your data. It is fair to assume that everything you are doing online will soon be up for sale by your very own internet connection provider, without any worries of asking for user consent.

"What the heck are you thinking? What is in your mind?"

Last week, the Senate in a 50-48 vote decided to repeal regulations that demand ISPs to do more to protect user data than tech companies like Google or Facebook. The US House of Representatives voted 215-205 earlier today in favor of erasing this landmark privacy rule that would prevent ISPs from selling consumer data without notifying those consumers or asking for consent. The privacy rule was enacted last year by the Federal Communications Commission.

The rules would require ISPs to get explicit opt-in consent from customers before selling their data. With this repeal - after President's sign off - ISPs can sell consumer data that could include your web browsing history, health and financial data, Social Security Number, app usage data, and almost everything else. Advocates for repealing this regulation, including FCC's new chairman Ajit Pai, claim that the regulation puts an unreasonable burden on internet service providers, which is unfair because tech companies don't have to face these regulations. However, all our internet traffic doesn't go through Google, Apple or Facebook, unlike AT&T, Comcast and the handful of other similar companies.

"What the heck are you thinking?" Rep. Michael Capuano, the Massachusetts Democrat, asked his GOP colleagues during the debate earlier Tuesday. "What is in your mind? Why would you want to give out any of your personal information to a faceless corporation for the sole purpose of them selling it?"

Privacy advocates are specifically frustrated because the privacy rules are being repealed using the Congressional Review Act, which has been used seven times since January. Congressional Review Act, which was used only once before the Trump administration in its 21-year history, essentially prohibits the agency (FCC, in this case) from adopting "substantially similar" privacy rules in the future.

"Ignoring calls from thousands of their constituents, House Republicans just joined their colleagues in the Senate in violating internet users' privacy rights," Craig Aaron of Free Press Action Fund said in a statement.

"They voted to take away the privacy rights of hundreds of millions of Americans just so a few giant companies could pad their already considerable profits."

ISPs aren't good with security, either - But FCC or politicians don't give a damn

While selling consumer data without consent is one big problem, another worry is the security of that data. Collecting bulk of data and then storing it indefinitely is only a call for criminals to breach and steal it. "Privacy is about controlling who has access to information about you, and security is how you maintain that control," Electronic Frontier Foundation wrote earlier this week. "You usually can't break one without breaking the other, and that's especially true in this context."

The organization reminded of a 2015 case where Comcast had to pay $33 million for unintentionally releasing personal data of its customers who had paid the company to keep their numbers unlisted. These included domestic violence victims and law enforcement personnel, among others.

"Those rules were a huge victory for consumers," Eff wrote.

"Of course, the ISPs that stand to make money off of violating your privacy have been lobbying Congress to repeal those rules. Unfortunately, their anti-consumer push has been working."

Now, your only hope is President Donald Trump, who is to sign off the bill to finalize the repeal. The White House has, however, suggested that the President "strongly supports" the repeal of the rules. (Paid) VPNs appear to be your only best friend right now.