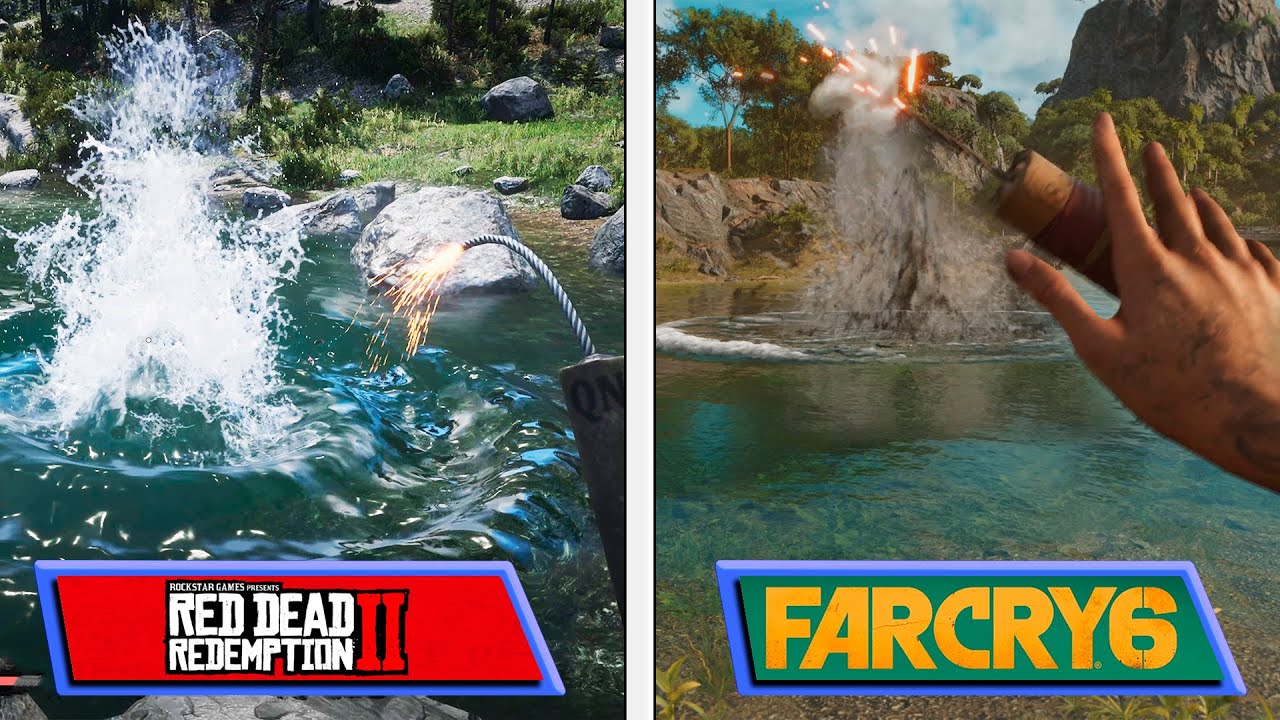 With Far Cry 6 now being globally available across all platforms, a new PC graphics comparison video has been released, comparing the visuals of Ubisoft’s latest title to those of the PC version of Rockstar’s Red Dead Redemption 2.

Far Cry 6 is by no means a bad-looking game. On the contrary – it looks pretty spectacular, especially on higher-end PC setups. So how do the visuals of this 2021 game compare to those of a 3-year old title, more particularly, still one of the best-looking games to date – Red Dead Redemption 2. Well, going by this graphics comparison (courtesy of ElAnalistaDeBits), Rockstar’s 2019 PC version of Red Dead Redemption 2 is far superior to Ubisoft’s latest Far Cry entry, with some, with some saying that Rockstar’s Red Dead sequel makes Far Cry 6 feel outdated. We wouldn’t necessarily go that far, but this comparison does show the amazing work that Rockstar delivered.

Check out the PC graphics comparison down below and judge for yourself:

What are your thoughts about this comparison? Which title do you prefer visually? Hit the comments.

Perhaps it’s a combination of staying too formulaic to the Far Cry principles of the last seven games or just a burnout in open-world experiences in general, but I found myself less enamored by the breadth of the world and technology powering the explosive gunfights. On its own, Far Cry 6 is fine (although the star power of Giancarlo Esposito is wasted), but there’s little innovation to entice longtime fans of the series.