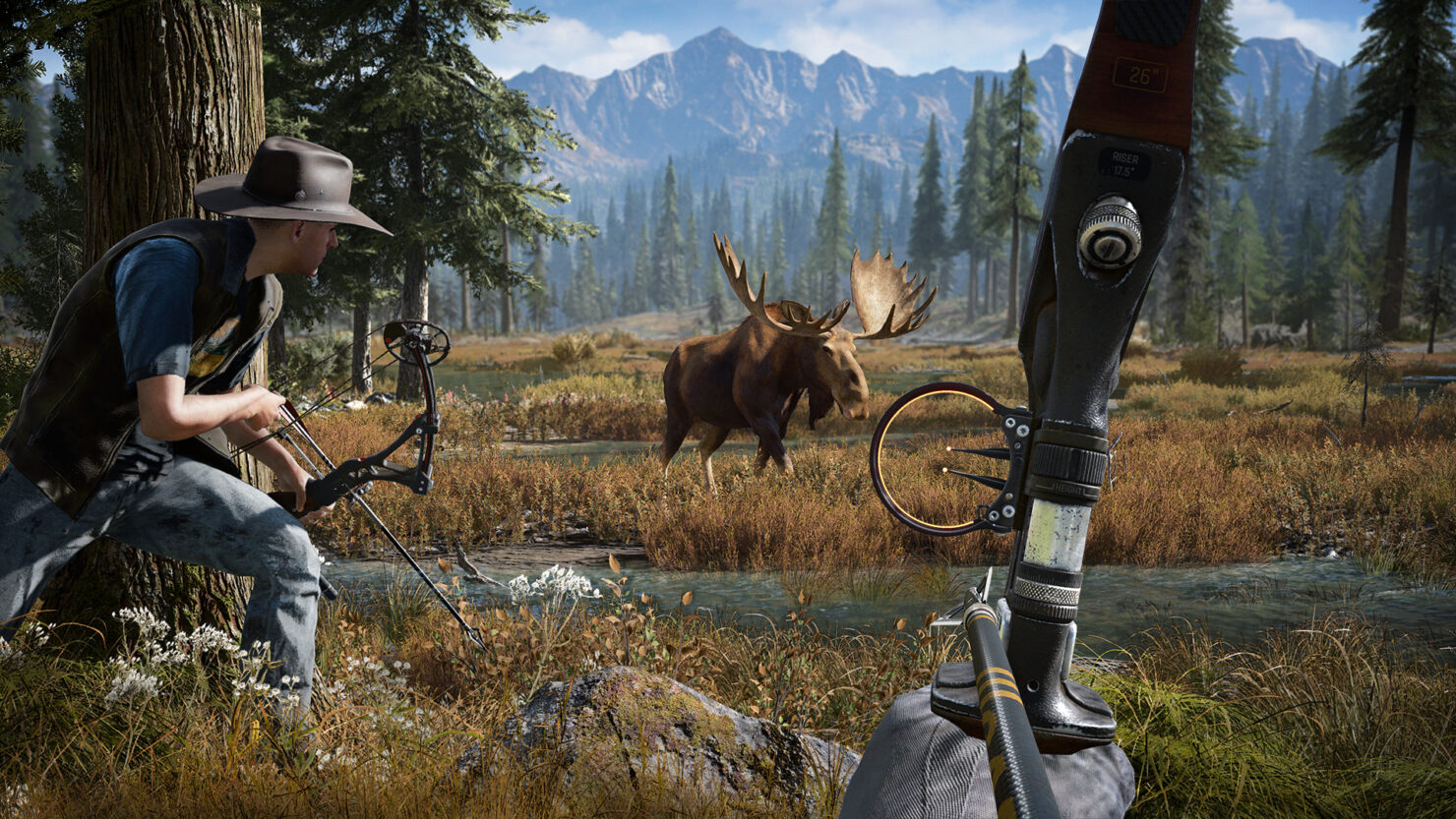 In an interview published on Official PlayStation Magazine UK (issue #142, December 2017), Ubisoft's Game Director Dan Hay explained that the development team strived to retain the sanctity of a single player story, something that's far from a given in a co-op mode.

On Far Cry 4, we kind of sequestered the player to the open world. And [for Far Cry 5] we were like, "Okay, what can we do to be more generous?" What can we do to let players see and experience some of the same things and be able to go through this with a partner? And we said: "Well, let's make it that if we're having Guns for Hire, and we're having Fangs for Hire, let's make Friends for Hire all the way through the entire game", which is super tough to do, but we pulled it off.

Far Cry 5 is set in the fictional Hope County, Montana, where the dangerous preacher Joseph Seed has created a militaristic doomsday cult that the player, who'll have the chance to create the main character in another franchise first, needs to take down by any means necessary. The game is due to launch on February 27th, 2018 for PC, PlayStation 4 and Xbox One; check out our hands-on preview from EGX 2017.

Incidentally, the publisher released a co-op trailer at Paris Games Week 2017. You can find it below.