Ubisofts latest DLC for last year's FPS-title set in the Himalayas, Far Cry 4 - Valley of the Yetis - is coming out today for PC, Xbox One, Xbox 360, PlayStation 3 and PlayStation 4 in North America, and will release tomorrow March 11th in Europe. 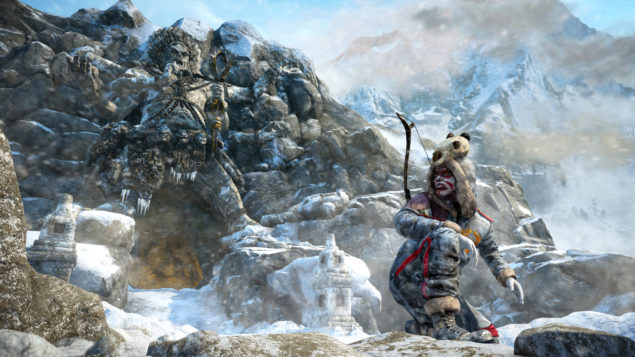 Far Cry 4 - Valley of the Yetis is set in a previously un-explored area of the Himalayas, the player yet again takes the role of Ajay, who wakes up after a helicopter crash and is forced to fend for himself high up in the mountains. The first order of business for the player is to capture a camp from a band of cultists, and this will be your base of operation throughout the DLC.

The camp itself can be upgraded through side-quests and the likes, and those upgrades will be needed. Valley of the Yetis feature a day and night cycle, and every night your camp will get attacked by waves of enemies. Fend them off and survive the night, and set out during the day on your missions. Ubisoft released a Walkthrough video yesterday that explains some of the basics and of course shows of some gameplay, it is embedded below.

The Valley of the Yetis DLC includes:

Valley of the Yeti’s is available as part of the Far Cry 4 Season Pass or purchasable separately, The Season pass also includes the previous DLC's: Hurk Deluxe Pack, Overrun, Espace From Durgesh Prison + a single mission that is exclusive the Season Pass, called The Syringe.