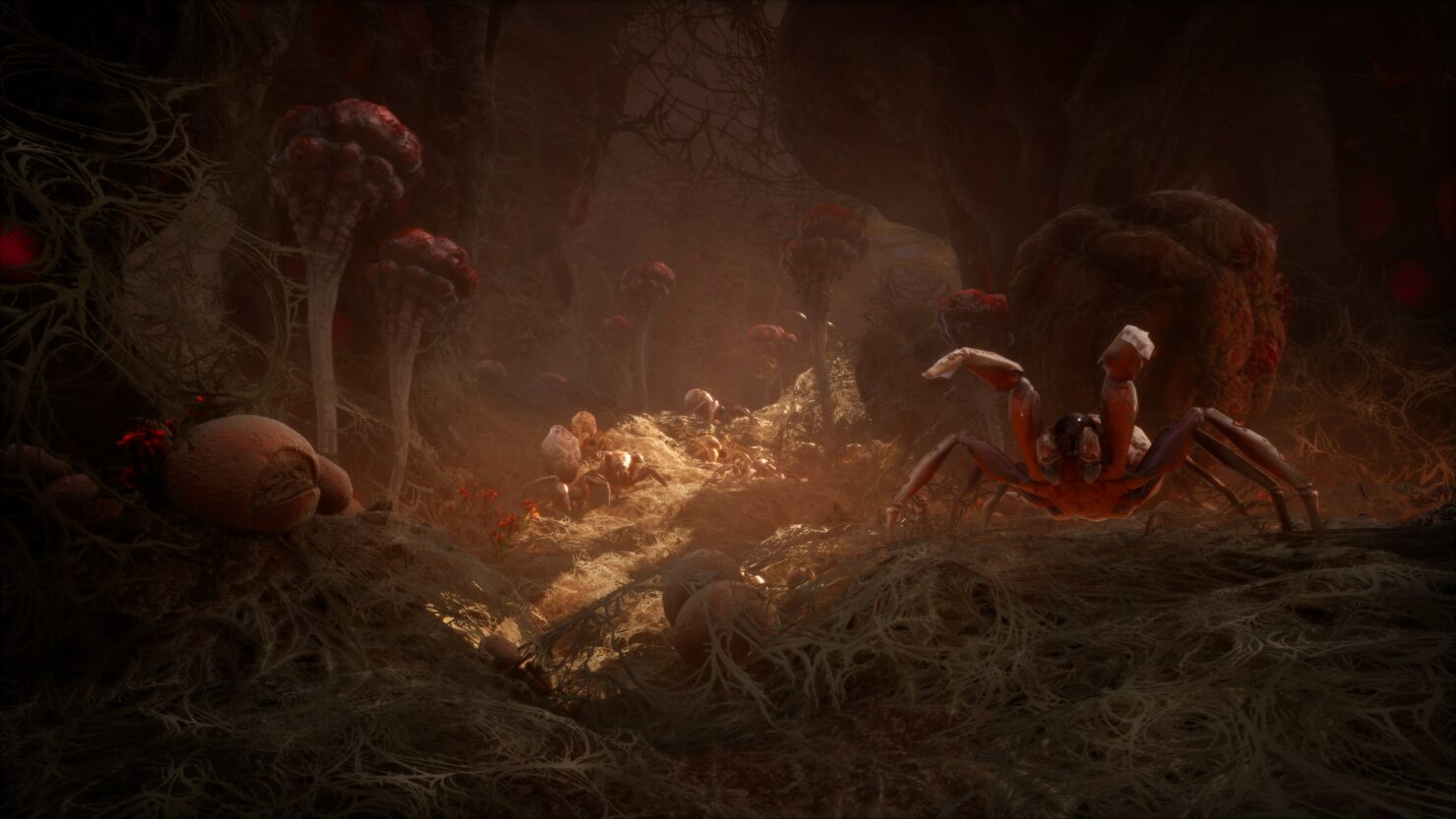 Rend, the online fantasy themed survival game developed by Frostkeep Studios (a team composed of former World of Warcraft and League of Legends developers), will launch on Steam Early Access later this year while the Closed Alpha test begins this Spring.

The developers shared an updated fact sheet, which you can find below. If you're interested in finding out even more about Rend, check our recent hands-on preview from the PC Gamer Weekender event.

● THREE PLAYER FACTIONS: During character creation, players immediately choose to align with one of three in-game communities, including the sly and cunning Conclave (green faction), the proud and brutal Order (orange faction) or the mystical and intelligent Revenant (purple faction). The factions engage in all-out war in a competitive race from humble beginnings to awe-inspiring heights of power in a harrowing struggle for survival and domination

● CHOOSE HOW YOU PLAY: In the game, players must race against opposing factions to gather the lost souls of Rend and deliver them to The Creator. Players decide how they will contribute and participate within the game ecosystem – from harvesting, gathering or crafting roles to more intense assassin, soldier and hunter role options. Regardless of play style, there is a role, place and purpose for every type of player.

● THE WORLD TREE & DIVINITY STONE: Each faction's progress is marked by the World Tree, tracking lost spirits collected and stored within each Divinity Stone. Located within the roots of the World Tree, this giant crystal stores the lost souls gathered by players. Once enough souls have transferred to a faction’s Divinity Stone, that faction ascends and is officially declared the winner.

● MASSIVE, CULMINATING EXPERIENCES: Every week, during a server event called The Reckoning, players must join forces to strategically align and plan how their faction will protect and defend their base and Divinity Stone. The Reckoning takes place at a pre-determined time advertised during server selection. When this takes place, the magical shields protecting each faction’s base will lower, making them susceptible to enemy attacks from creatures – the Lost – and other player factions. With each subsequent Reckoning, the Lost creatures will grow stronger and more powerful forcing each faction to rethink their strategy.

● CAPTURE POINTS: The world will be populated by neutral capture points that can be taken under control at any point by opposing factions. Once a faction controls a capture point, they can build an outpost at that location. On top of the advantages provided by having more buildable locations, outposts will provide players with bonuses in the form of resources or buffs. Beware, however, that when The Reckoning hits, outposts will also be targeted, spreading players’ defensive efforts thin. Of course, other factions may try to take control away at any point so players will need to ensure their faction-controlled capture points are always well defended.

● SERVER LIFECYCLE & META PROGRESSION: After a winning faction is declared, participating players will receive rewards in the form of meta-progression points. These points can be spent on subsequent sessions on that server to unlock further customization and progression options for new characters. For players who find that the win/loss cycle is not for them, private servers options will be available that present a multitude of rule set options allowing them to experience everything they (and their friends) are looking for in the game. 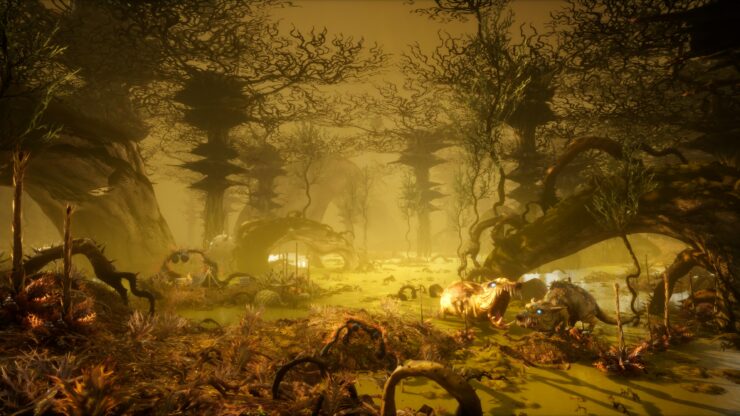 ● DEEP CRAFTING PROGRESSION: Crafting is a major component of most survival games, and Rend embraces that by providing a rich crafting progression system. Each recipe players learn can be mastered, unlocking the possibility to create exceptional versions of that item, providing increased power or utility. Recipes are unlocked by skilling up prerequisites in an intricate web of skills or by discovering them while exploring the world. Of course, you could also take gear from your enemies and break it down to see how it’s made. Or better yet, break into players’ bases and steal their research directly.

● WEAPONS: Rend utilizes a tight and responsive shooter-style combat system featuring a wide array of weapon types. As players use different weapons, they will increase their skill and eventually unlock customization paths to specialize in different uses of that weapon. For example, a player who is highly experienced with bows may choose between a more stationary, long-range sniper role, dealing massive damage in a single shot or a quick and tenacious hunter role capable of hounding and chasing down targets on the run. Players can further customize their play style with weapon modifications, adding lights, scopes, addition clip capacity, and more.

● TALENT SYSTEM: Players can decide how they will customize their character and experiences to match their play style and needs of their faction through a deep talent system. Players can explore being an Assassin, Survivalist, Soldier, or Mystic. Each role is accompanied by an extensive skill tree that allows players to build a unique set of capabilities to set themselves apart from everyone else

● SKILL SYSTEM: In Rend, players can continue to customize their experience further as they skill up their progression for in-game activities like harvesting, crafting, weaponry, hunting, magic, armor, exploring unforgiving areas of the game and more. Players can carve out unique and vital roles within their faction as they specialize in the activities they enjoy most.

● BASE BUILDING: Each faction must construct a base of operations to call home. Crafting and research stations, resource refineries, storage spaces and more will be housed inside a defensive fortress architected by players in the faction. During The Reckoning, factions will be called upon to protect their base against the Lost and enemy player factions. Players will also be able to build personal homes or group together in clans to build satellite bases. The Lost will not attack these smaller bases, but other factions will be itching to break in and rearrange it for you.