Fantasy Sandbox RPG Citadel: Forged with Fire Out Now on PC, PlayStation 4 and Xbox One 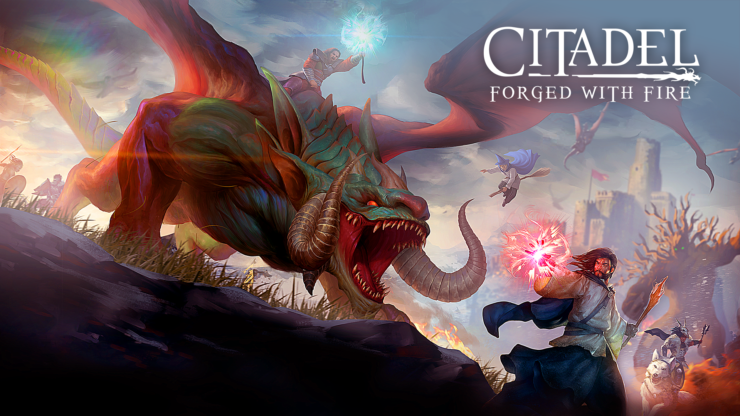 Citadel: Forged with Fire, the fantasy-themed online sandbox RPG developed by Blue Isle Studios, has officially released out of early access and is now available on PC, PlayStation 4 and Xbox One for a recommended price of $39.99.

There is so much to do in Citadel as players can craft their own spells and control the magic that is woven throughout the world of Ignus. We spent two extra years developing the game alongside the community and pouring in more content. Head in game to lead giant raids with friends, tame and fight fantastic creatures, craft custom spells, clash in epic PvP battles and build a massive kingdom to fortify and defend. Each time you log in, a new adventure awaits.

This is the main game that spawned off the Broomstick League mode which now has its own spin-off title in the making. For the full feature set of Citadel: Forged with Fire and its launch trailer, keep going below.

● Robust Magic System: Magic is woven into every aspect of the game, use magic in combat, flight, taming, building, crafting, harvesting, farming and much more! Start with the arcane magical essence then discover and harvest the rest in the world as you progress on your journey.
● Public and Private Servers: Enjoy Citadel: Forged With Fire with up to 50 friends on official PvP or PvE servers, with rentable servers for customization.
● Massive World: Ignus is enormous! Players have a 6km X 6km world to explore, build, and conquer.
● Weapons: Staff, Wand, Melee, Gauntlet; specific weapon types to craft include the Bear Claw Gauntlet, Wand of Thorns, Staff of Sacrifice, Blade of Simeon’s Soul and more.
● Fantastical Creatures: Tons of mythical creatures including the Infernal Dragon, Skeleton Warriors, Wild Boars, Forest Guardians, Phoenix, Giant Golem, Divine Unicorn, Birds and Abominations.
● Study the Arcane Arts: Spells are a robust category of powerful arcane rituals that can be cast to fight your enemies or enhance crafting.
● Build and Fortify Massive Castles: Construct your own medieval palace and enhance it with magical shields, attack towers, mana pools and respawn stones. Thousands of custom pieces for creating any fortress or base.
● Forsaken Crypts: End game area where players come face to face with challenging bosses that only the mightiest wizards can overcome.
● Customization: No lack of clothing or armor options, customize each piece to suit your style and needs.
● Farming and Cooking System: Seeds, sprinklers, fertilizers and farming plots provides additional options for creating recipes that provide deeper gameplay.
● A vast roadmap of free content including a brand new quest storyline spanning the entirety of the game coming in February 2020.