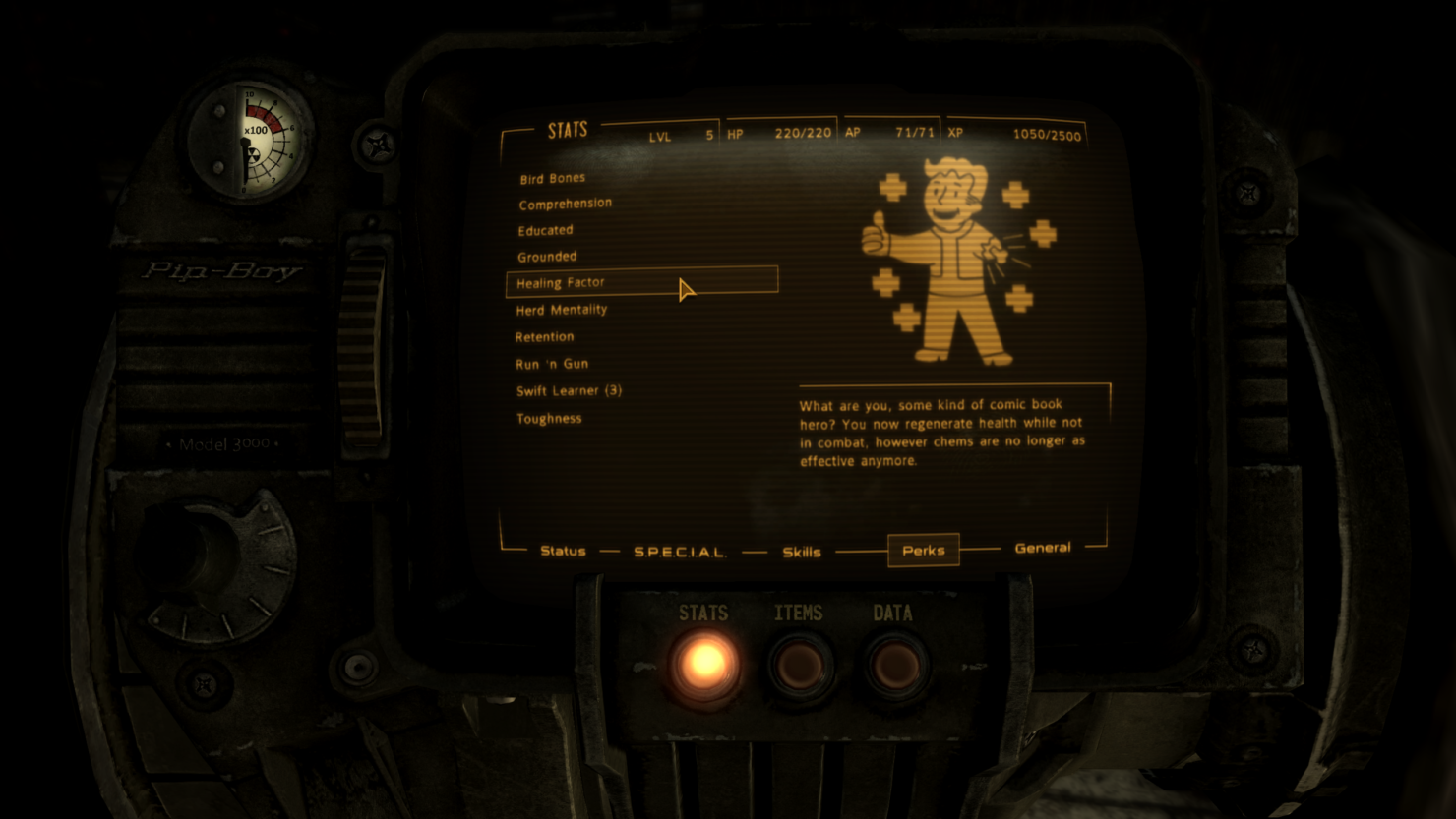 A new mod has been released recently for Fallout New Vegas, introducing a gameplay mechanic that is featured in the latest entry in the series, Fallout 76.

The new mod introduces the mutation system to the game, which allows players to mutate their character and obtain some unique traits, both positive and negative.

This mod recreates the mutation system as seen in FO76. Most of the existing mutations were transferred over apart from Carnivore, Herbivore, and Plague Walker, which either proved extremely difficult to implement, or lacked an equivalent prerequisite to function. Mutations offer both positive and negative effects, think of them like pseudo-traits. Speaking of traits, there is a new trait that can be taken at the start of the game that reduces said negative effects of mutations by a significant margin.

Mutations can be gained in a few ways, either by exposing yourself to radiation, the higher the dose the more likely you are to mutate, or by injecting yourself with serums. Serums can be found being sold by certain doctors around the wasteland, however they can also be crafted at a workbench, provided that you have 100 Science. In addition to providing a mutation, serums also temporarily suppress the downsides to the given mutation.

Fallout New Vegas is now available on PC as well as PlayStation 3 and Xbox 360.