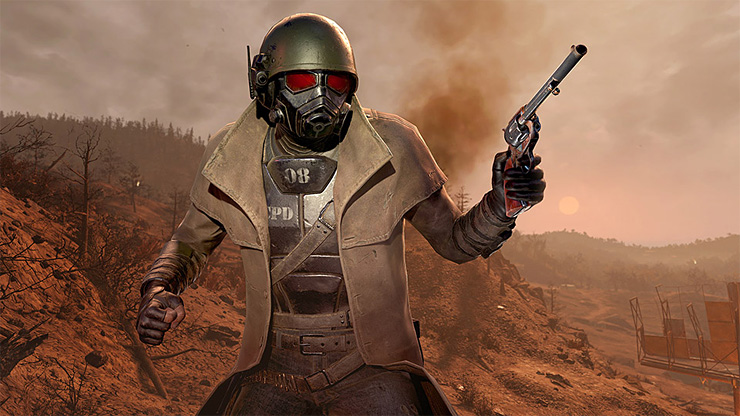 Well, you knew something like this was coming. Yesterday, Bethesda announced Fallout 1st, a new premium Fallout 76 membership that offered private servers and a handful of other trinkets for $13 a month or $100 per year. That was questionable enough, but given the history of Fallout 76, it seemed very likely the roll out of Fallout 1st would not go as planned, and, sure enough, fans have discovered all sorts of issues with the new membership.

The big problem is that these private worlds aren’t actually, y’know, private. People can still see you on their friends list and join you on your supposedly private map. Even weirder, players have discovered these  private maps aren’t newly generated, but rather re-used old instances. Players are reportingly finding dead NPCs, already-looted junk, and other evidence people have already played on the map they just paid their hard-earned money for.

The issues don’t end there – Fallout 1st members also get exclusive access to a scrapbox with unlimited storage where you can store all your crafting materials. Well, surprise surprise, players are reporting the scrapbox is eating their scrap. Once the scrap disappears, there seems to be no way to get it back.

So yeah, Fallout 76 being a glitchy mess is old news, but the fact that Bethesda seemingly put next to no testing or thought into Fallout 1st before charging their most dedicated players up to $100 is downright appalling. While I doubt most of you would bother, if there are still some hardcore Fallout 76 fans out there, please, I’m begging you, do not sign up for this.

Fallout 76 is available now on PC, Xbox One, and PS4. If you want to keep up with all the Fallout 1st issues, fans on Reddit have put together an unofficial roundup.