Fallout 76 Details Its Many Factions, Brotherhood of Steel Presence Explained by Bethesda 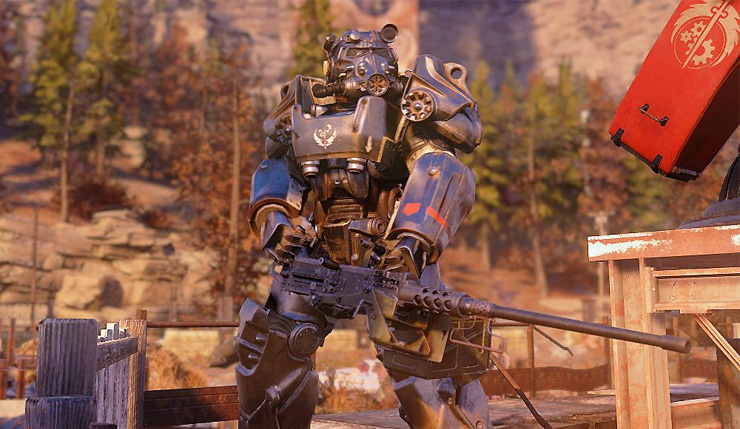 Factions have always been a key part of Fallout, and the upcoming Fallout 76 will be no different. It isn’t 100 percent clear how factions will work, as Fallout 76 doesn’t have any human NPCs, but, presumably, players will somehow be able to pledge their allegiance to various groups.

Over the past few days Bethesda has been detailing Fallout 76’s factions on Twitter. These include new factions the Free States (a bunch of doomsday prepper types) and the Responders (former police, firefighters, and paramedics).

On October 23, 2077, the world was plunged into nuclear war. But what if you expected the worst? And planned for it? In Appalachia, a group of doomsday preppers did exactly that. Organized as the Free States, they holed up in their bunkers. And survived. At least, for a while… pic.twitter.com/a85PAvAVCQ

All across America, they were the first to run into danger: the brave fire fighters, police officers and medical professionals who selflessly served their communities. After the bombs fell, they formed the Responders. Their mission – help each other… no matter the cost. pic.twitter.com/CxonTtnqTa

Some classic factions also return, including Raiders, The Enclave, and the Brotherhood of Steel.

Ruthless. Selfish. Bloodthirsty. Since the day the bombs dropped, Raiders have been the scourge of the wasteland. In Appalachia, Rose is their enigmatic leader. But who is she? And what does she hope to gain, as she watches the carnage from her roost on the Top of the World? pic.twitter.com/yzYNld6xOU

Just before the bombs fell, US leadership re-located to a remote Oil Rig off the coast of San Francisco. The Enclave’s mission – to re-establish governmental control of America from key locations, like a secret bunker hidden somewhere deep in Appalachia... #Fallout76 pic.twitter.com/ISnqcVwheE

November 2077, a month after the Great War, army Captain Roger Maxson arrived with survivors at the Californian bunker of Lost Hills. There he formed the Brotherhood of Steel, who used a functioning satellite to extend their reach across America… all the way to Appalachia. pic.twitter.com/NjcX8NVGMj