Fallout 4 Will Be A Mix Of Familiar & Different, Says Bethesda 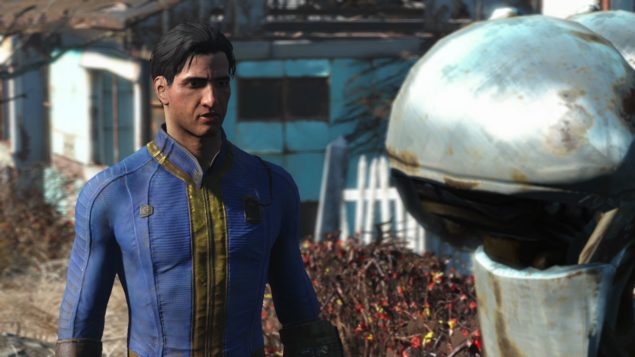 When Fallout 4 was finally announced at E3 2015, reactions were somewhat mixed. While many fans were very happy to hear that the game was coming out soon, others complained that it looked a lot like Fallout 3 in many ways.

Bethesda's Pete Hines, Vicepresident of PR & Marketing, addressed this and other matters in a lengthy interview with Metro GameCentral.

I mean, certainly it ought to look and feel familiar. If you played Fallout 3 you ought to be able to see things that are recognisable or similar or whatever. Because we didn’t make a completely different game. But at the same time, when you’re playing it it’s a mix of familiar and different. There are things that are the same and there are things that are very different.
But those things are sometimes very difficult to demonstrate in a short video at a E3 showcase, or whatever. But if you jump into the game and you play it for an extended period of time you start to feel the differences and how much some things have changed.

When prompted about the apparent lack of significant improvements in facial animation, Hines mentioned that this specific area is a lot harder to fix in an open world RPG like Fallout 4.

Eh, I would say that there are games in which that is significantly easier and the more that you try to do, or allow the player to do, in a game the more stuff you have to support. That means the more bandwidth you’re giving for other things. In the most extreme example, if you have a very linear game where everyone who is playing the game is moving from point A to point B, with this exact series of steps, and a predefined set of weapons, and all of these objects are just textures on top of another texture…

There’s a difference between that and dropping a grenade in here and all this stuff starts bouncing around… well, if you’re gonna have every object be real and apply physics to it then that has to come from somewhere. Otherwise every game in the world would have every object be a real thing. So at the end of the day it’s trade-offs.

I suppose he's right. We'll know if Fallout 4 is different enough not to be redundant once it releases on November 10 for PC, PlayStation 4 and Xbox One.

In related news, yesterday Bethesda shared some truly impressive numbers for Fallout Shelter. Are you using it as a Fallout appetizer until November? Let us know below.