Fallout 4 Might Have Had a Much Better Ending, Hidden Audio Files Reveal

If there was one thing that truly might have been disappointing to fans of Fallout 4, it was the ending. It wasn't exactly the most exciting or mind-blowing ending that one would expect from the architects of adventures that Bethesda have proven themselves to be in the past.

Audio files have been found by tumblr user tentacle-explosion that might show a more dynamic ending, He hasn't listened to nearly all of them yet, but so far it's looking rather... interesting. 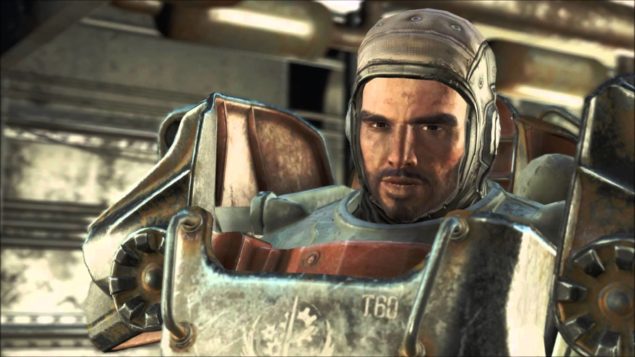 Spoiler Alert, Fallout 4 Dialogue from a supposed alternate ending ahead.

Deep inside the file-system there appears to be 2,673 different hidden audio-files that contain dialogue from Paladin Danse, specifically in relation to Elder Maxson, the leader of the Brotherhood of Steel. The decisions that you'd potentially be able to make are actually quite interesting, and show a much more dynamic character in Danse, and even in Maxson.

One can only speculate what the overall meaning and effect these would have had on the final game, but they certainly could have been very interesting. The storyline might have gone quite differently at the end, with you able to fight back against the decisions made by Maxson, even overthrowing him in some fashion.

A transcript of some of those lines is below, just in case they get taken down from Tumblr.

“If you’re referring to Maxson, you’re right. He’s still going to be a problem. But I might have a way out.”

“I hope that’s enough to convince you to take your place as Elder of the Brotherhood.”

“The Litany is clear. We have a new Elder.”

“I want to make one thing clear to everyone. This body might be synth, but my heart and mind belong to the Brotherhood. The Institute is still a tremendous threat to the Commonwealth. They possess technologies that need to be confiscated or destroyed. And even if that means I have to pull the trigger on my own kind, I’m willing to make that sacrifice.”

“Just prepare yourself. I don’t know what Maxson* will have in store when we arrive.”

“When Haylen warned me about Quinlan’s discovery, she begged me to confront Maxson. She told me that there were Brotherhood soldiers that still believed in me, that would stand behind me if I challenged his authority. At the time, I told her that it wouldn’t be right to cause a rift in our ranks. We’re on the brink of war with the Institute, and weakening our unity felt like I’d be… Backstabbing my own troops. But knowing that you’re still with me… Maybe that will be enough to convince Maxson that he’s making a mistake. I’ll come back to the Prydwen with you, and we’ll confront Maxson together.”

“As a Brotherhood of Steel Paladin, I’m issuing a formal challenge against your authority as Elder. We’ll settle this matter as it was written in the Litany: In combat. Then you leave me no choice.” (This one seems like it was meant to be split and mixed with Maxson’s responses.)

“Right now, I’m not sure we can even get near Maxson before the Brotherhood would cut us down. But we have to try. I’ve known Maxson for a long time, and under all that protocol is a decent man.”

“Be ready for anything. Maxson’s going to be furious when he sees me.”

There has been some musings across the Internet whether this cut content could be part of future DLC, though tentacle-explosion does note that there are similar amounts of cut content in previous Bethesda games, an that none of that was ever used in any DLC, so it's not a likely possibility. Sometimes ideas are thrown about and even take through to finality that stay in the compiled game, though they never quite made it past the final stages, and were never called as final assets.

But just as with Skyrim's The Cutting Room Floor Mod, we might eventually see a similar mod that'll eventually restore all such content in Fallout 4 so we can enjoy the uncut version, no matter the story inconsistencies.