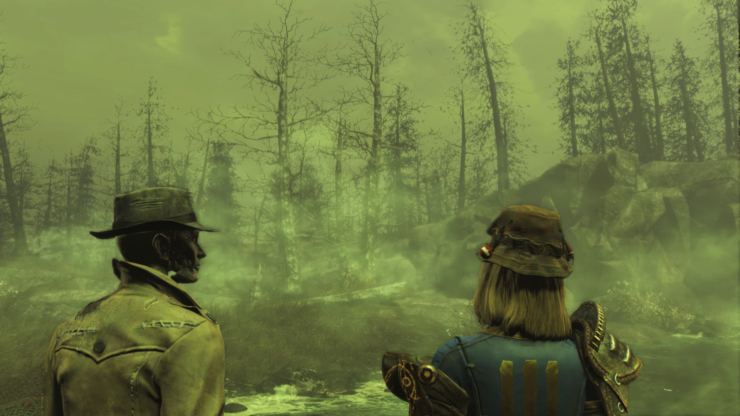 Fallout 4, the successful role playing game developed by Bethesda, is going to get its third DLC pack, called Far Harbor, later this month, but some lucky Fallout 4 players have already had the chance to play through it by participating in the DLC's beta testing. Precise details on the DLC haven't been shared due to a Non Disclosure Agreement, but something still managed to emerge online on the DLC, some small details that will make all Fallout 4 fans quite happy.

According to a variety of reports that have been posted on the Fallout 4 subreddit, the Far Harbor DLC feels great, with more interaction with the game's world. User __ayylmao__ notes how the music is brilliant, and how unique the atmosphere feels, with a sense of desolation and hopelessness that is somewhat lacking in the main game.

The music is brilliant, locations are unique and memorable, monsters are tough, and the mist combined with all these ruined homes and skeletons lying everywhere... It has that specific feel of mystery, desolation and hopelessness, just like in the point lookout, It's something I couldn't find on the commonwealth (IMO the base game was too cheerful). There are skill checks, and many interesting quests.
There's a handful of cool locations that I'll remember forever. Well played bethesda. I played it for 17 hours and I just wish I could forget it so I could replay it again. I really enjoyed it.

User irac_city has later shared his own opinion of Far Harbor, mentioning that the map is huge and that quests feel worthwhile. The user also added that choices taken during the main game do matter in the DLC.

Agreed, I'm also in the CB and it's awesome! The map is huge, quests feel worthwhile, and your choices matter. This feels like a real Fallout game.

It's so nice to have quests where what you does affects the endgame. There are several sides you could take, with different outcomes, and it incorporates your choices from the main game. I just wish it were longer so there were more exciting quests, but that's just me getting greedy.

The Fallout 4 Far Harbor DLC launches on May 19th on PC, PlayStation 4 and Xbox One in all regions.