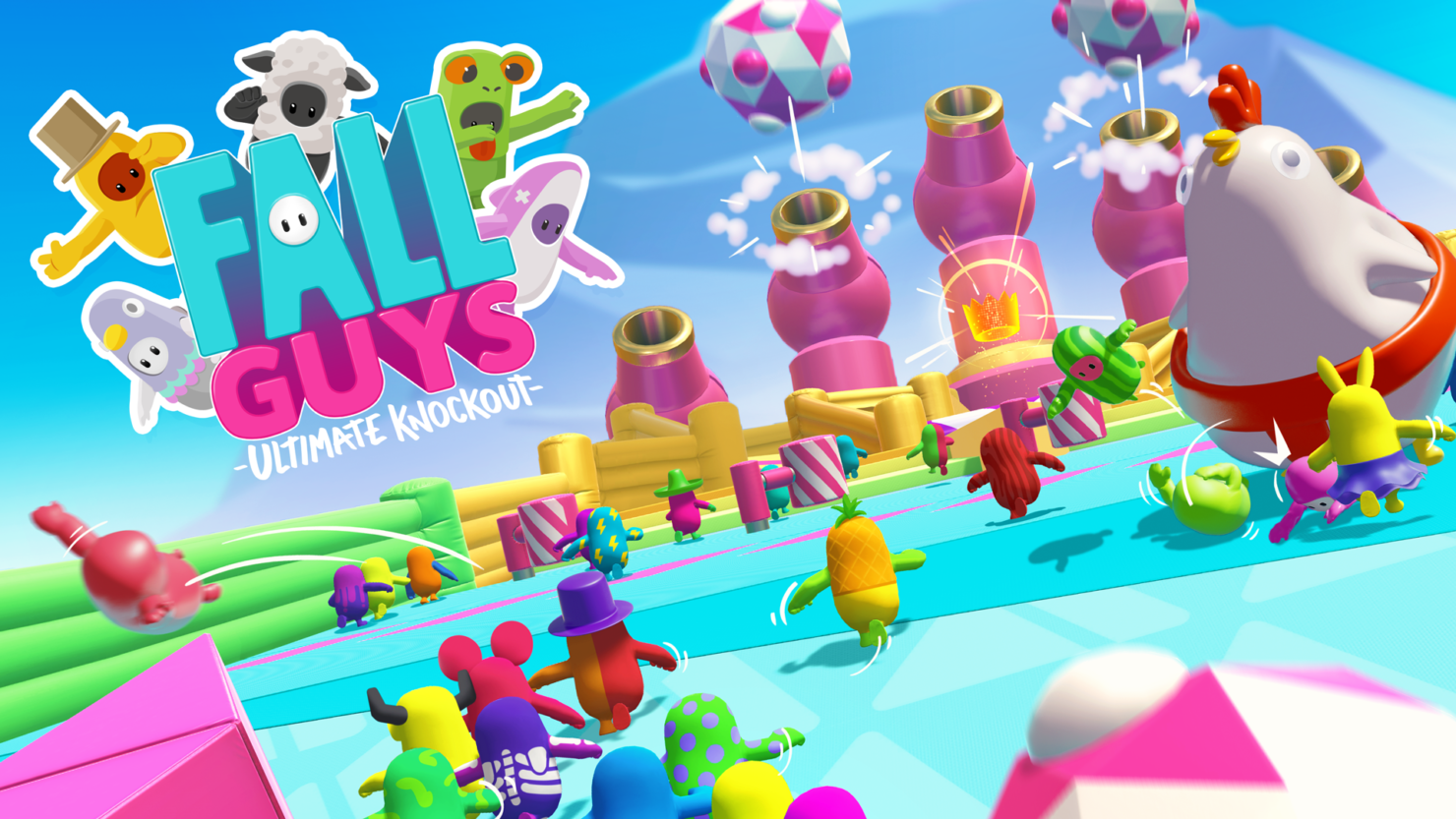 Fall Guys: Ultimate Knockout, the blood-less battle royale from Mediatonic and Devolver Digital, was once again on display at PAX East 2020. The spectacle this time around was far larger than the intimate setting at E3 last year and I was challenged to go up against fifty-nine other players, a fair number of them actually human instead of just AI opponents, to be the last fall guy standing. It's hard to say whether it was the caffeine coursing through my veins running low or my skills as a games journalist, but I only survived through two of the minigames, only to get knocked out during Tail Tag. After my humbling defeat, I spoke with Joe Walsh, Game Designer for Fall Guys at Mediatonic.

The one we're showing is called Egg Grab. It's our first team game that we're showing. What we really like is the idea that, even though people matchmake solo, they might enter a round where we say that everyone has to work as a team now. So, we'll put the players into three teams and each of those teams has to achieve an objective. In Egg Grab, the objective is to collect the eggs that are in the middle of the level and take them back to your base. Each team has their own base and the team that does the worst gets eliminated and everyone else goes through to the next round. Once the round is over, all the team games go off again then we go back to free for all, so those friendships and bonds you made for your team get cast aside and everyone gets going again.

Are you still shooting for three or four rounds per game?

It's five rounds per game, or what we call a show. It can kind of change depending on which rounds you get served. We're shooting for thirty minigames at launch now, so you never really know what combination of things you're gonna get on the way to the finish line.

Are there any comeback mechanics, or if you're eliminated early on in one game, is there a reason to stick through for the remaining four others?

We have a spectator mode so you can watch, but really, we want that same feeling of battle royale so if you get eliminated, you just hit matchmake again and just keep trying and trying and trying until you manage to win.

What sort of rewards are in Fall Guys for the winners (of each show)?

We have a special currency called crowns and you only get a crown if you win the games. There are going to be special unlockable cosmetics that can only be unlocked by using crowns. That's the real pressure of winning. Even in the individual rounds, you're going to get extra currency for doing really well. In a race of 60 [players], if you're the first person across the line, you'll get more currency.

Are you saying you get crowns for each minigame and it's not the full show?

So, we've got two currencies: we have kudos which are the things you get for individual minigames and crowns which you only get if you win the entire tournament.

What about AI backfilling, like if a match starts with only 55 players?

So, we have AI in the build today just to help demo the chaos of the game but for the full game, there will be online matchmaking only. But you never know after launch. We'll see what people want.

Have you started discussing which platforms Fall Guys will launch on?

We're going to be on PC (Steam) and PS4 when the game goes live this summer.

We're still talking about crossplay. We'd really like to do it but we can't guarantee that we're gonna do it yet. There are some things that we need to figure out.

With a type of game like this when you've got a large amount of players that you need, having a massive pool to pick from is the most important thing at launch. We really need to have a huge player base when the game goes live, so crossplay would really help us do that.

Can you talk about the customization a little bit? How many layers or props can players mess around with at a time?

Have you figured out a price point yet?

One thing we're really excited about is we're trying to bring multiplayer to players who maybe don't feel represented by the current multiplayer games that are out there. We want to be really colorful, really accessible. That means making sure that we have controls that anybody can pick up and play. A lot of people struggle with fine aiming or twitch reactions and things like that. We want to make sure that anyone can play Fall Guys. We want to make failure fun as well. Even if you lose, you should be laughing.

Yeah, and it's good to have a battle royale that isn't just a murder simulator, you know?

We all love Tetris 99 as well and it's one of those games where people start to realize you can do a lot more with [the battle royale] genre.