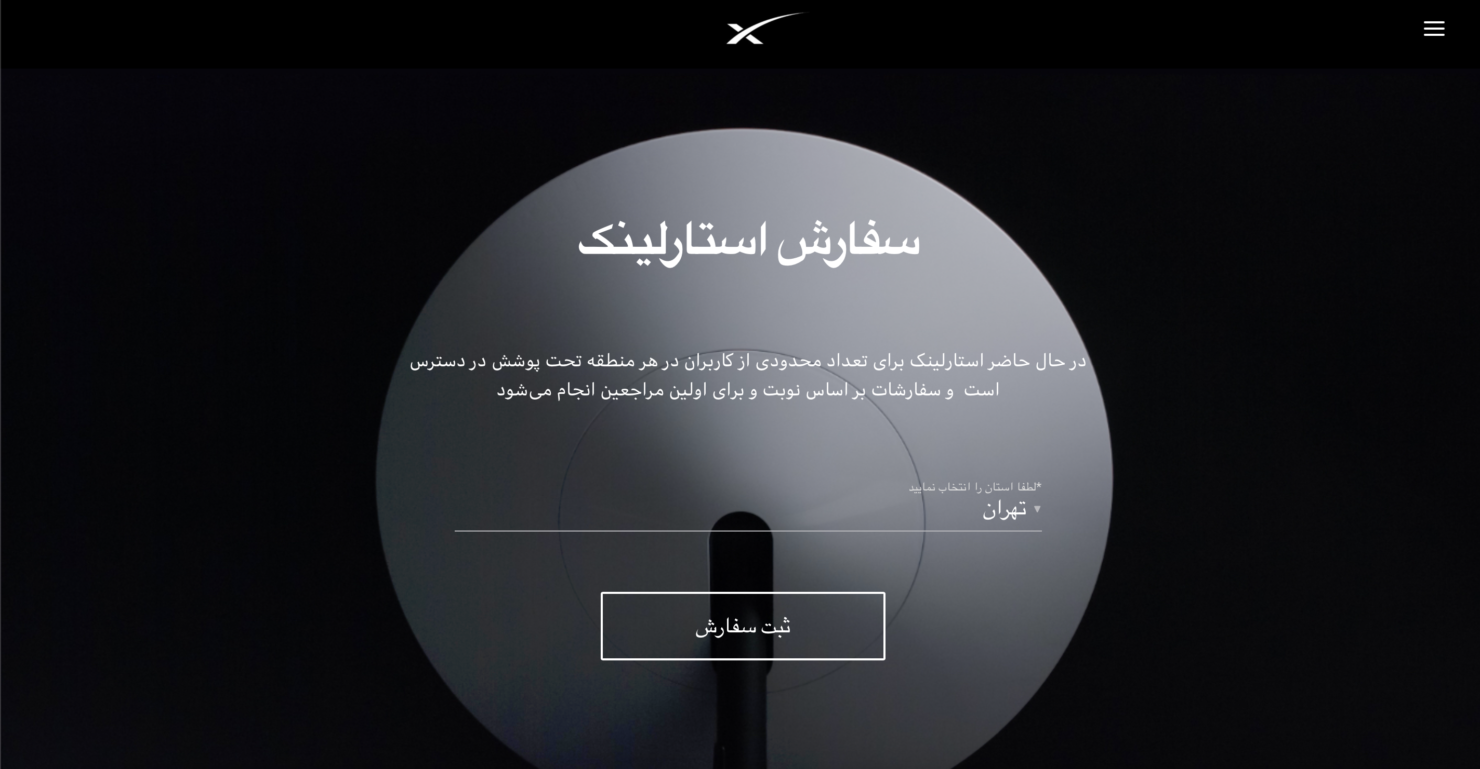 The main page of "starlinkiran.com'', a fake website accepting pre-orders for the internet service.

SpaceX's Starlink satellite internet service has an imitator in Iran operating through a website claiming to accept pre-orders. Starlink, currently in its beta testing stages, is also accepting pre-orders, as SpaceX delivers its equipment to users in the United States and globally. The website, a near carbon copy of SpaceX's official Starlink website, asks its users in Persian to send their details and payments for the service and even links to SpaceX's own website at the bottom, similar to the original Starlink website.

The fake website was discovered by a Reddit user in Iran who eagerly wished to place a pre-order for Starlink in order to bypass the country's stringent internet restrictions and have access to good internet speeds. However, while understanding that due to American sanctions and local restrictions, he could not order Starlink, the user going by the title AlixepOfficial pointed to a fake Starlink website that is offering pre-orders for the service to users in Iran.

With the address "www.starlinkiran.com", this website is a near-perfect copy of SpaceX's official website for the internet service. In fact, starlinkiran even has the same background images as the original website, complete with the translated text in Persian. The entire attempt looks quite legit to the unsuspecting eye, and it even backlinks to SpaceX.com several times throughout, just like the original Starlink website does.

However, as good as it looks, it's clear that the website is fake. Starlink has only one website, which allows new customers to enter their address details and then redirects them to a page with the payment information and coverage estimates.

For areas that are not covered by the current batch of satellites, Starlink only shows $99 pre-order deposits, and for others that are currently up to capacity, it lists down a cost breakdown. This informs the user that a satellite terminal will cost them $499, and the monthly subscription fee will be $99. The website then estimates taxes and shipping costs and, depending on whether coverage is or is not available, asks for $99 or for full payment.

Starlinkiran, on the other hand, 'charges' a user only $249 for the hardware and $49 for the monthly subscription fee. It also offers to 'ship' the hardware for 'free', as opposed to SpaceX, which generally charges $50 for shipments made inside the United States.

So while the website itself looks real, the payment breakdown is where the scammers give themselves away. SpaceX is already subsidizing the user terminals, and it's unlikely for it to offer terminals at half the price to users only in one country.

The website has not been taken down for now, and it remains to be seen whether it will go under soon. In an ironic occurrence, the page which lists down the fake payment breakdown also reminds users that all payments for Iran will be 'strictly confidential' and can only be made with Bitcoin. It asks them to provide their personal details such as name, address, email and phone number to register and then sends an email with the payment instructions if the order is 'accepted'.

SpaceX does not accept payments for Starlink in Bitcoin and given its chief Elon Musk's recent tirade against the currency, it is unlikely that it will do so in the future either. The use of cryptocurrency in criminal operations remains a crucial factor limiting its adoption by governments all over the globe as well.