Facebook’s New Feature Will Help You Forget About Your Ex

Facebook is rolling out a new set of tools that will help you forget about your ex in the swiftest manner possible. We're not making this up. The feature is real, and it's being rolled out as we speak. 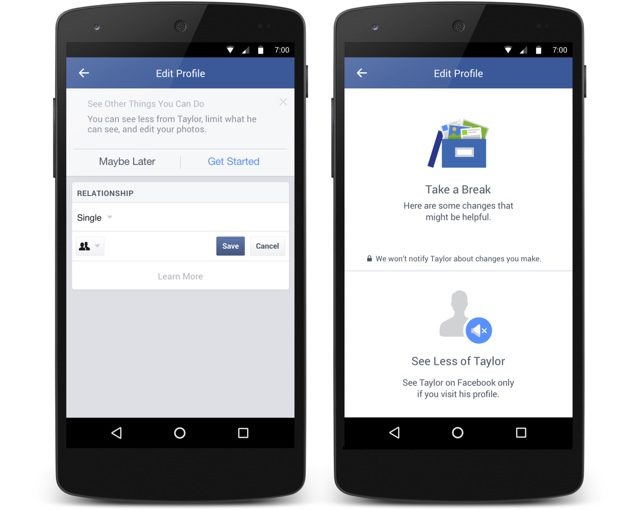 If you're going through a patchy relationship and have decided to end it altogether then things can tend to get awkward on Facebook in a lot of cases. But Facebook is aiming to sort things out in the best manner possible by allowing you to set how much of your ex you get to see on your Facebook News Feed when you change your relationship status. 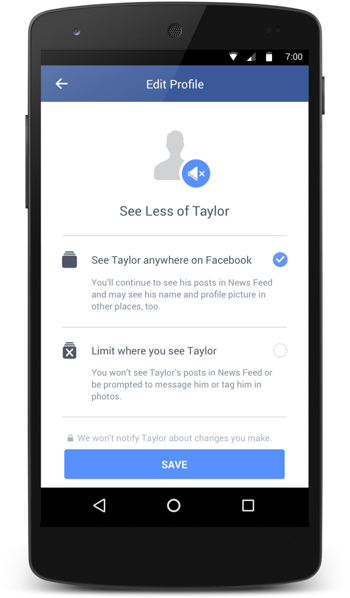 Starting today, we are testing tools to help people manage how they interact with their former partners on Facebook after a relationship has ended. When people change their relationship status to indicate they are no longer in a relationship, they will be prompted to try these tools.

The tools are very easy to understand and going through them has been made very self-explanatory by the social network giant. For instance, as soon as you change your relationship status to 'Single,' then Facebook will prompt you if you want to see less of your ex on your News Feed or whether or not they should see more or less updates from you as well. This includes photos, videos, status updates and whatnot. The common stuff that you share on a daily basis in other words.

We’re starting to test these tools today in the US on mobile, and we’ll make changes and roll them out further based on people’s feedback. All of these tools are optional, and people will be able to access them in the help center anytime.

As Facebook explains in their official announcement post, these tools will be absolutely optional to use, and you can go against them if you so wish. But given how people tend to handle things in an adrenaline filled way when they're going though a breakup, then we highly recommend that they make use of such tools if they're looking forward to forgetting their past as quickly as possible. 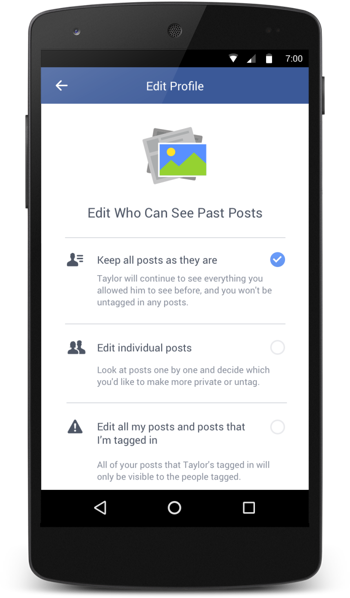 The new feature is rolling out today in the United States on mobile, and based on the feedback Facebook gets from users, the feature will be rolled out on a larger scale.

What do you think about Facebook's new feature? Do you think it will help people go through a breakup much more easily?