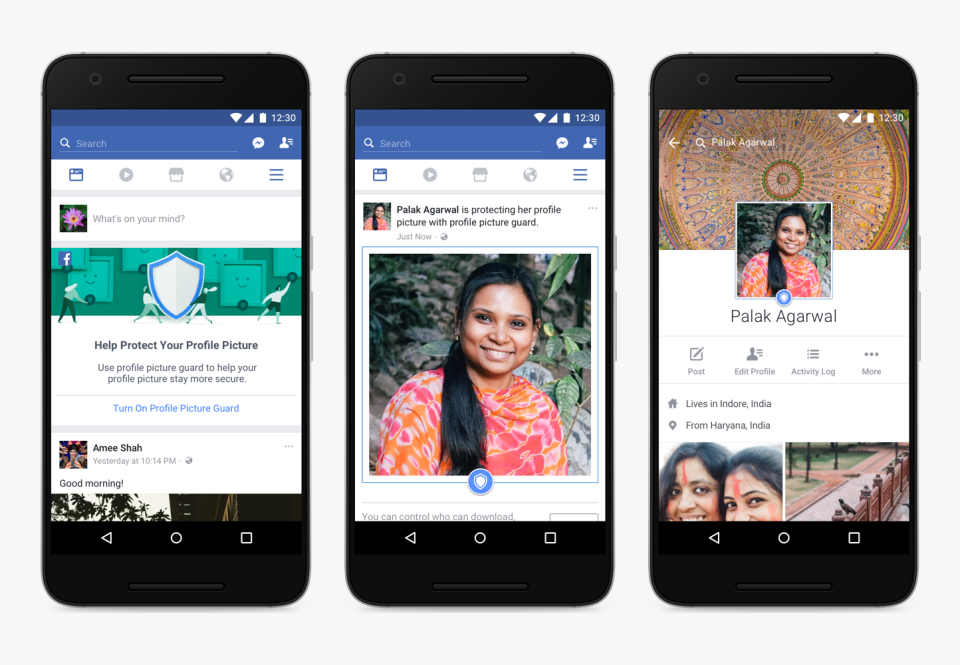 Depending on the outcome of the tests in India, Facebook could roll it out for other markets. In a nutshell, Facebook users in India will now see a guide on their news feed that will enable them to activate "profile picture guard". With this new security feature, no one would be able to download your picture from Facebook.

Also, Facebook has installed new features that will prevent other users from taking a screenshot of the picture. However, for now, screenshotting shall only be blocked on Android devices due to restrictions on other operating systems.

Facebook is not only putting guards for profile picture download, but there are other features in place as well. Now, non-Facebook friends won't be able to tag each other in a profile picture.

Profile photos with activated guard shall now display a blue border and a shield to imply that they are protected, but Facebook also states that users will be allowed to add a design overlay to their profile pictures.

Based on preliminary tests, we’ve learned that when someone adds an extra design layer to their profile picture, other people are at least 75% less likely to copy that picture. If someone suspects that a picture marked with one of these designs is being misused, they can report it to Facebook, and we will use the design to help determine whether it should be removed from our community.

Well, Facebook does not explain how a design overlay would protect a picture, but a custom designed overlay sets up a personal territory for the picture and helps in marking the ownership. It makes it easier for the user to report the picture.