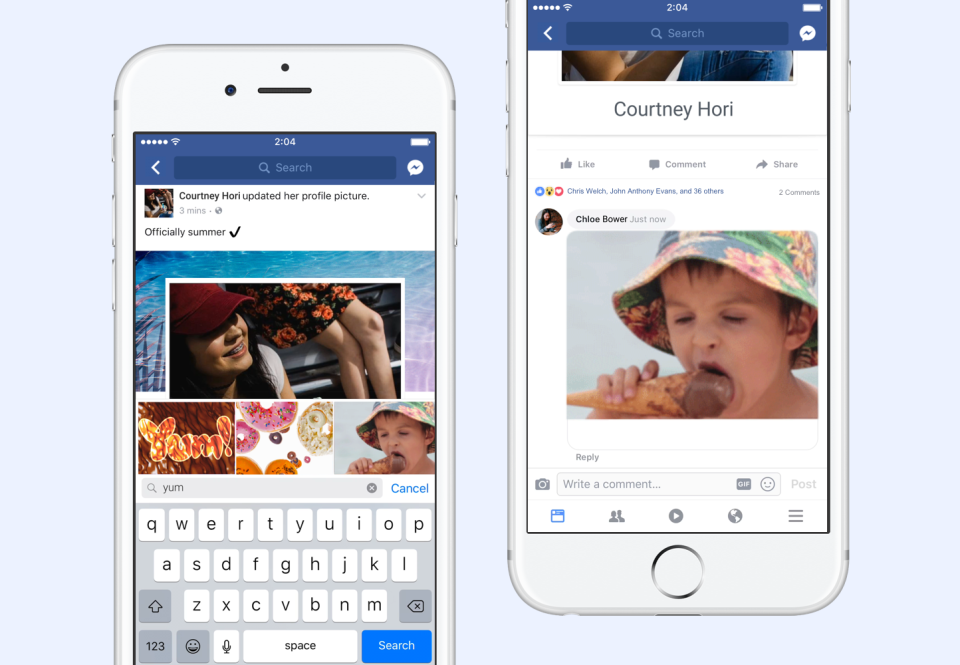 Facebook has seen fit to release a new feature, which allows users to directly post GIFs in the comments through the native GIF button. While users of the social network has been increasingly making use of GIFs on the platform, it makes sense for the company to incorporate the feature in directly comments. While the feature was in the testing phase, it has now come out. So let's dive in to see some more details on Facebook's new native GIF button.

If you're interested in trying out the feature for yourself, you will find the native GIF button in the comments window, resting beside the emoji button. Tapping on the GIF button will reveal GIFs and you also have the option available to search for specific GIFs according to the subject matter of the comment. You can horizontally scroll through the list of GIFs available and them to your comment.

According to the company, the update has been rolled out to celebrate the 30th anniversary of the GIF format. GIFs have come a long way after its debut on June 15, 1987 by Steve Wilhite. Exclusive GIFs will also be added in the form of a collaboration within GIPHY. One interesting thing to be announced is the pronunciation of the word GIF which will be displayed on Facebook's feed. So whether you're team GIF with a soft 'g' or team 'JIF', the debate will finally be put to an end.

According to Facebook, GIFs in comments will be rolling out to users today for everyone on Facebook. Henceforth, it should be available on all mobile devices as well as on the web. If your app is not updated automatically, make sure you do so manually through the App Store. Moreover, do check if the update has arrived in your region. If it hasn't hen do wait for it to roll out.

Facebook has been testing new features in its apps for a long time and it wants to add all the new features to keep the audience engaged. The GIF support in comments will allow a user to comically respond to a certain aspect of the content shared. There will be more to the story, so do stay tuned.

This is it for now, folks. What are your thoughts on Facebook adding GIF support in comments through a native GIF button? Share your views with us in the comments.