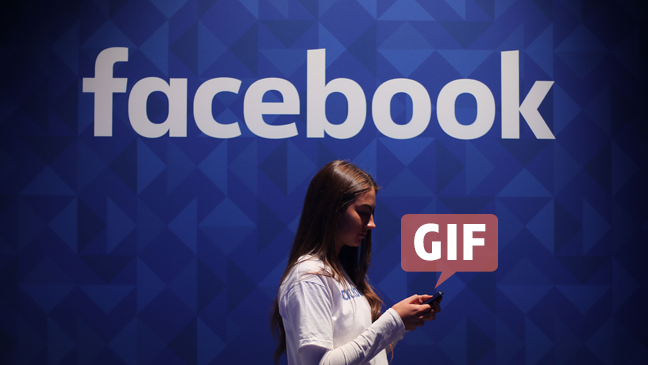 Facebook (NASDAQ:FB) has announced the acquisition of the popular GIF platform, GIPHY, for its Instagram app. Just moments before Facebook’s blog post went live on Friday, Axios revealed in an exclusive scoop that Facebook would reportedly pay $400 million for the platform.

According to Axios, the two companies had commenced negotiations before the advent of the coronavirus (COVID-19) pandemic. However, those talks were more focused on exploring synergies rather than an outright buyout.

As per Facebook’s own blog post, GIPHY will retain a separate branding even after its integration with the Instagram app. Moreover, the GIPHY platform will remain accessible to general internet users and third parties.

“GIPHY, a leader in visual expression and creation, is joining the Facebook company today as part of the Instagram team.”

Shah went on to note that:

The buyout makes economic sense as around 50 percent of GIPHY’s traffic originates from the family of apps controlled by Facebook, with Instagram contributing a sizable chunk of this traffic. Consequently, GIPHY’s integration with Instagram will allow for seamless user experience.

As a refresher, GIPHY was founded back in 2013. Since that time, the platform has become one of the most popular sources of GIFs that are used nowadays to express a range of emotions and reactions through very short, looped video clips. The platform has raised $150 million in funding since its inception, with the latest funding round valuing the company at around $600 million.

This development comes as Facebook continues to feel the heat from its disclosure of a slump in advertisement revenue. As a refresher, Facebook revealed on the 24th of March that, despite an increase in user engagements across its platforms, the company’s advertisement business was experiencing weakness in countries that have taken the most aggressive actions to curtail the spread of the coronavirus. We noted at the time that these developments were hardly surprising given that a number of companies have slashed their marketing budgets in order to curtail expenses in the midst of an aggravating economic slump. Some companies are also hesitant to advertise alongside discussions on the coronavirus – a perennial topic on social media these days – due to the fear of having their brand associated with the pandemic. Bear in mind that Facebook earned $17.74 billion in revenue during Q1 2020, marking a year-over-year increase of 17 percent. However, the entire quantum of disruption from the current macroeconomic weakness is yet to reflect in the tech giant’s financial metrics.

Given the significant uncertainties involved in projecting future growth, Facebook chose to forgo a formal guidance, noting that:

“Due to the increasing uncertainty in our business outlook, we are not providing specific revenue guidance for the second quarter or full-year 2020, but rather a snapshot on revenue performance in the second quarter thus far. After the initial steep decrease in advertising revenue in March, we have seen signs of stability reflected in the first three weeks of April, where advertising revenue has been approximately flat compared to the same period a year ago, down from the 17% year-over-year growth in the first quarter of 2020. The April trends reflect weakness across all of our user geographies as most of our major countries have had some sort of shelter-in-place guidelines in effect.”

Year to date, Facebook’s shares have generated a return of 0.76 percent, corresponding to a market capitalization of $586.20 billion. For comparison, the broader S&P 500 index has generated a loss of 12.83 percent in the same timeframe.