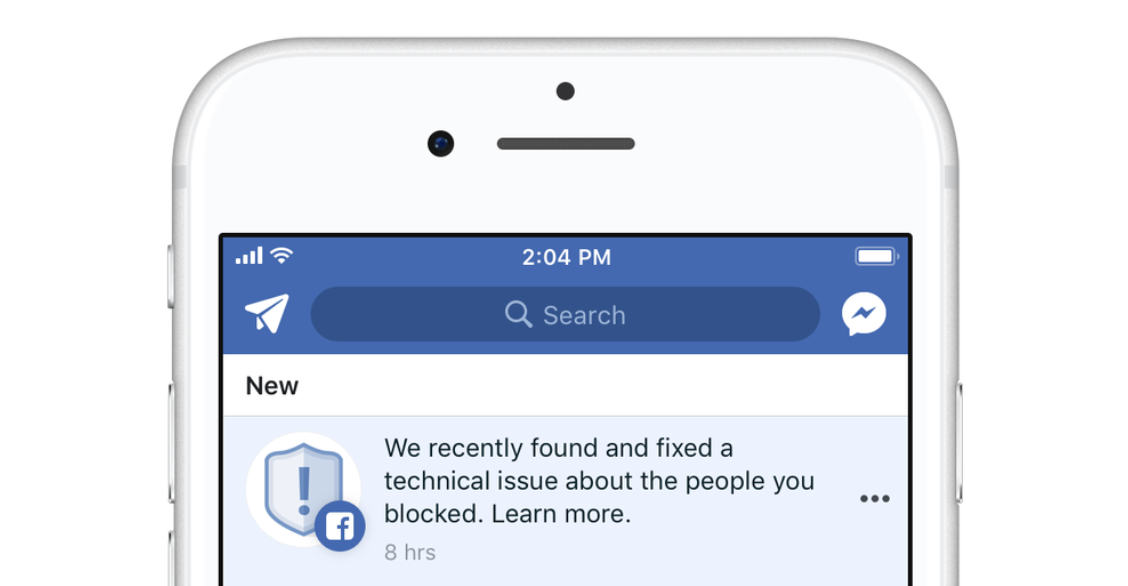 Someone needs to go help Facebook... The company continues to hit itself with disaster after disaster. What seems like an unending saga of privacy mishaps, Facebook has now announced a fresh new problem. The social networking giant that doesn't consider itself a monopoly has said that a software "bug" unblocked some people who had been blocked by another user.

This means that if you blocked someone after an abusive or a frustrating incident, they were able to see at least some of your posts. Over 800,000 users were affected by this bug between May 29 and June 5. It remains unclear why it has taken the company an additional one month to inform the affected users.

"Starting today we are notifying over 800,000 users about a bug in Facebook and Messenger that unblocked some people they had blocked," the company wrote today. "The bug was active between May 29 and June 5 - and while someone who was unblocked could not see content shared with friends, they could have seen things posted to a wider audience. For example pictures shared with friends of friends. We know that the ability to block someone is important - and we’d like to apologize and explain what happened."

If you are worried that you would need to again block the Facebook users you had blocked in the past, Facebook says it has taken care of that for you. "This issue has now been fixed and everyone has been blocked again," the company promised. Facebook will, however, also send you a notification if you were affected by this particular bug to ask you to check your blocked list again.

So yep, just another day over at Menlo Park...

- Earlier in the day, Facebook also announced shutting down three of its ancillary applications: Hello, Moves, and Tbh. The company promises it will delete all associated user data within 90 days of the each app’s shutdown.