As we go further into the next generation of consoles, it looks like Microsoft is finally making the right decisions and the Xbox One console is moving back towards the right path. The latest console was to shine right after the platform holder announced it, but things like resolution-gate and eSRAM held it back, however, now it looks like the Xbox One eSRAM is not much of a culprit. Here is what Lionhead Studios, a famous video game developer, have to say about the Xbox One eSRAM. 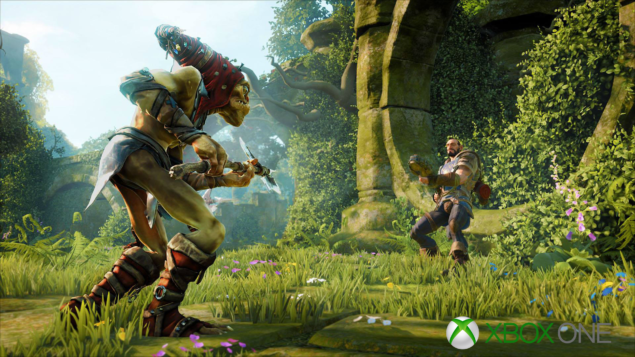 Fable Legends is an upcoming cooperative role-playing game in the Fable series and currently, it is being exclusively developed for the Xbox One by Lionhead Studios, which is a British video game development studio that works under Microsoft Studios and is responsible for several hit Xbox 360 exclusive Fable games. As the developer is very up and close with the Xbox One nowadays, GamingBolt found it best to talk with Geoff Smith, executive producer of Fable Legends, and ask him whether the development team faced any hurdles due to the Xbox One eSRAM. He said:

“A little, to be honest not too bad. We’ve had a fairly straight-forward Xbox One development; it’s a good platform to develop for.”

Talking about the time that Fable Legends has been in development for and when the game will go into full production, Smith said:

Lionhead Studios has not revealed a specific release date for the upcoming Xbox One exclusive Fable Legends. The beta of the game is expected to arrive this year so stay tuned for more details. What do you think about the Xbox One eSRAM and why is it not much of a culprit? Let us know in the comments section below.