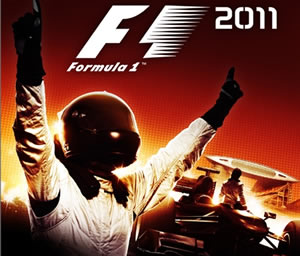 It's been a year since F1 2010 was released and now the next part of the game "F1 2011" has been dated for release on 20th September of this year(Sep 23th in US and 20 in EU). The game developed by Codemasters also has a PC demo coming up soon, Altough the source mentions that its already out but its nowhere to be found. I guess we should wait for something official by Codemasters and will update soon.

The game will be Multi-Platform as in released for PC, PS3, Xbox 360 and even the 3DS and Sony NGP. The EGo engine as used by other Codemasters racing games such as Grid, Dirt 2 would be used in it however it would be updated later on and the game would be Dx11 based. Below are the System requirements of the game:

The game is said to include all the racing cars of this season and 20 traces, including the Bahrain station which had been canceled, and the returning Nurburgring in Germany.

Looks like it was a false rumor. Codemasters have independently denied that they have revealed the specs or demo.