Samsung’s Got Expansive Plans As All New Exynos SoC Surfaces

With the launch of the Galaxy S6 Duo exclusively with the Exynos 7420 Octa, Samsung semi-officially announced its intent to compete in the mobile SoC world. While prior to the Galaxy S6, Samsung only released a limited quantity of devices with the Exynos line of chipsets, the Galaxy S6 duo saw an exclusive launch of the processor with Samsung's devices. Well, looks like Samsung's plans might not be limited to flagships only, as an all new Exynos chipset has been spotted on GFXBench. 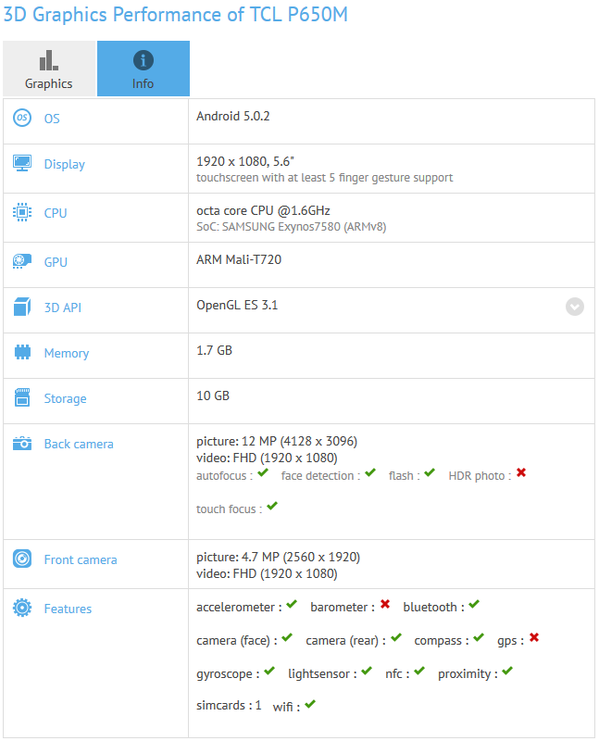 An all new Exynos processor has been spotted at the GFXBench website that shows Samsung's intent to target the Exynos series of processor towards mid range devices as well. Until the Exynos processors have featured primarily on high end devices such as the Galaxy Note 4 and more recently the Galaxy S6 Duo. The Exynos 7580 is an octa core chipset that comes with 1.6 GHz cores that are most likely ARM's Cortex A57. While Samsung has been rumored to developing its own custom cores for future processors, looks like mid rangers are going to have to do with ARM's cores instead.

A mid range processor would greatly help Samsung diversify its processor business and make sure its present in every segment of the market. Given Qualcomm's falling fortunes, and the rise of manufacturers such as MediaTek churning out new solutions, Samsung's going to need to make some moves in order to stay relevant in a market that its only recently started to take seriously. But you shouldn't count Qualcomm out of the race either. While the Snapdragon 810 might have been plague with throttling, the US manufacturer has strong mid range offerings as well. Things have started to get interesting nevertheless. Stay tuned and let us know what you think in the comments section.