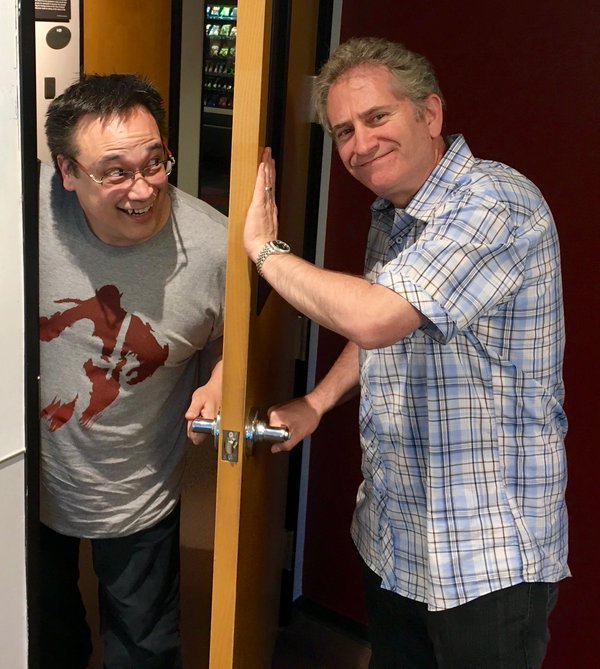 Blizzard’s former World of Warcraft team lead, Mark Kern, met up with Blizzard’s CEO, Mike Morhaime, and according to Kern, the amount of attention that Blizzard has been paying to the Nostalrius legacy WoW matter, is “incredible”.

Following a cease & desist letter from Blizzard, the legacy Nostalrius servers were taken down, and a petition was started to encourage Blizzard to support legacy servers. Things got interesting when Blizzard’s former World of Warcraft team lead, Mark Kern, offered his support for Nostalrius’ petition, and promised that if the petition would gather 200.000 supporters, he would personally deliver the petition to Blizzard’s president and Co-founder, Mike Morhaime.

The petition easily reached 200.000 supporters, and as promised, Kern personally delivered nearly 10,000 pages of signatures and comments to Blizzard’s CEO.

A meeting was arranged between Kern and Blizzard’s CEO, Mike Morhaime, to talk about the Nostalrius matter, and according to recent Tweets from Kern, Blizzard surely is listening. Kern’s Tweet were gathered by Neogaf user ‘Enter the Dragon Punch’:

I promised you that if the petition hit 200k sigs that I would go to the CEO of Blizzard and deliver the petition. I'm proud to say its done

was very happy to be able to fulfill my part...the meeting was an extra bonus, and I can say I'm happy. No promises, but we talked about..

...we talked about everything you guys brought up. We talked about how there are two fandoms in WoW, classic and new, and both vital.

We talked about how you guys wanted vanilla servers, as they were, with few or little changes, esp no LFR stuff etc.

We talked about the surveys and how you guys would absolutely support a vanilla CE with physical and digital goods.

We talked about how I felt bringing a core "first-gen" audience of WoW players would help even the current-gen WoW.

We talked about each and every point you guys brought up. And heres the kicker...

They KNEW EVERYTHING ALREADY. Mike and the WoW team has been paying HUGE attention to this issue.

Mike has read all the posts. He's watched all the videos (even mine, lol). He wanted to tell you HE AND WOW TEAM ARE LISTENING SERIOUSLY.

It was a bigger meeting than expected, I was met by SaraLyn Smith, the Gobal Director cf Community Development who joined us...

She took copious notes during the meeting as Mike and I talked about you guys, the passion for vanilla, etc.

The WoW Team and Mike are paying extremely close attention to this and wanted to let you guys know they are paying a lot of attention.

Also, they were very enthusiastic about meeting the @NostalBegins team. Mike was super impressed with what they and MaNGOS have accomplished

Mike and the WoW team are eager to meet with @NostalBegins and to learn about how they overcame technical issues and got things running.

I can confirm: They have NOT LOST THE SOURCE CODE. But the technical issues are more complicated than that.

Mike and I talked about the technical challenges and I agree that for Blizzard, the challenge is greater than just throwing up a server.

Mike and WoW are committed to a very high level of qualty and polish. That makes everything more complicated when considering legacy.

Mike and the WoW team want to LISTEN to @NostalBegins perspective on vanilla and the technical issues they faced.

Mike says there are no easy solutions to this, but that they are listening very intently and following everything you guys say.

Mike and WoW team are also eager to meet with @NostalBegins and recognized they are GOOD GUYS with PASSION and they love that.

So to sum up, while they can make no promises, they are going to continue to think and regroup and be in LISTEN mode to you guys.

Finally, I'd like to share a pic that shows Mike and I still have a sense of humor after all these years...

From the looks of it, Blizzard is really paying attention and is looking whether there is a solution to support Vanilla WoW servers in some way. Do you feel this is a good thing? We’ll keep you updated when we learn more.