A few days ago we reported on Blizzard’s official response to the ‘Nostalrius’ discussion. Following the statement, former World of Warcraft team lead, Mark Kern, responded to Blizzard’s statement. 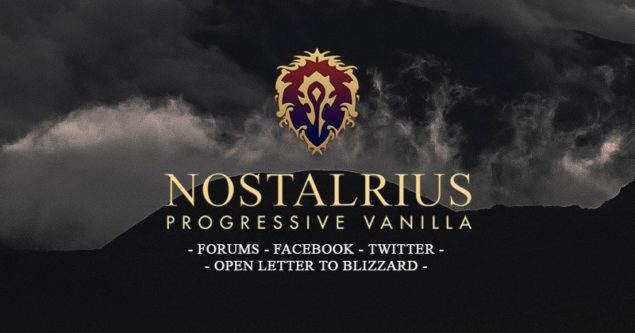 The former WoW developer even sent out an open letter to Blizzard via Youtube in which he showcased nearly 10,000 pages of signatures and comments from the petition that was launched.

"By now, every gamer who has ever wanted to try WoW has already done so," Kern points out in the video. "WoW is simply so big that there are no huge swaths of untapped gamers to attract to the franchise. But, there are veterans. Millions of them. And they miss their home and their community."

In Blizzard’s official statement, executive producer and vice-president, J. Allen Brack, states that integrating classic servers could only be executed with “great difficulty”. When it comes to working with private servers, Brack claimed that there is no "clear legal path to protect Blizzard's IP and grant an operating license to a pirate server."

Blizzard is just "dead wrong" from a legal perspective

In a recent interview with The Escapist, Mark Kern now states that, from a legal perspective, Brack is “dead wrong”.

"I also helped draft Blizzard's TOS and EULA, so I know quite a bit about this stuff," he added. "[Beck's] just...wrong. I don't know where he's getting his advice from, but from a legal perspective he's dead wrong. Let's say 'He thinks he knows license agreements, but he doesn't.'"

Kern doesn’t deny that licensing of classic WoW servers could be complex, but it’s certainly not impossible. Even more so if one considers that Blizzard has already converted their legacy games to run on their new 'Battle.net' platform.

“They've done this for Diablo 2, Starcraft and Warcraft III. It's even right on their web page. So yes, I do not understand this answer from Blizzard. It makes no sense when they've done it for their other legacy games”, Kern said.

The Nostalrius discussion is getting more interesting every day, and we wonder what will come of this. We’ll keep you updated when we learn more on the matter.