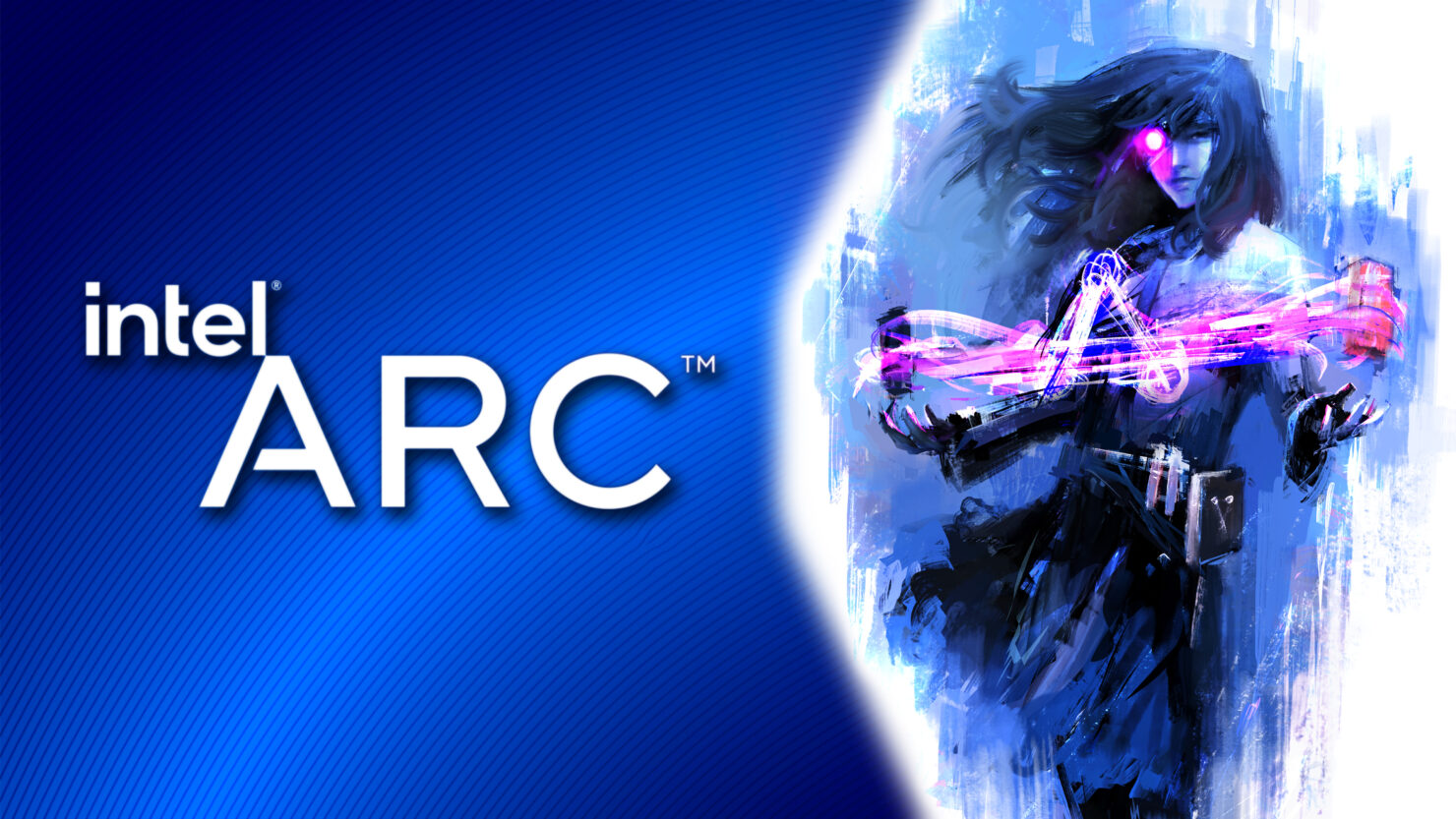 Recently, Intel revealed the newest ANV Vulkan driver for Linux operating systems that offer mesh shading that the company will implement into the new DG2, or ARC Alchemist, discrete graphics cards. This unique mesh shading is considered "experimental" and is still in testing.

The new experimental mesh shader can expand the scalability of the geometry stage, allowing it to be very accessible to integrate into the engine runtime. Mesh shading can encapsulate the culling procedure in an individual API call, which bypasses the tedious state and resource setup procedure as it draws indirect demands. 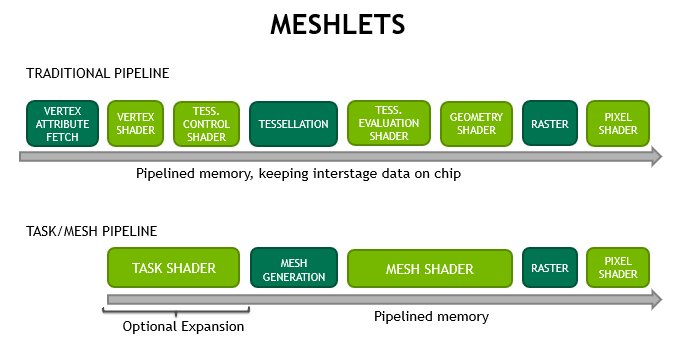 Intel explains the new extension in their specifications:

This extension provides a new mechanism allowing applications to generate collections of geometric primitives via programmable mesh shading. It is an alternative to the existing programmable primitive shading pipeline, which relied on generating input primitives by a fixed function assembler as well as fixed function vertex fetch.

There are new programmable shader types — the task and mesh shader — to generate these collections to be processed by fixed-function primitive assembly and rasterization logic. When task and mesh shaders are dispatched, they replace the core pre-rasterization stages, including vertex array attribute fetching, vertex shader processing, tessellation, and geometry shader processing. 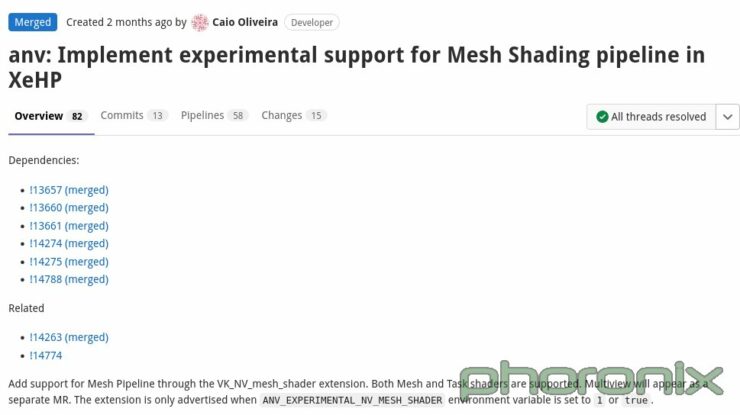 Intel's team of open-source driver engineers has been developing the mesh shader support for several months. With the introduction of Mesa 22.0-level, the implementation became active, even in its experimental state.