Alersteam has been very communicative with their intentions in bringing the single-players story in episodic form in their upcoming Exoplanet: First Contact. They released an update to their Kickstarter page to hopefully allay some of the fears that are perhaps rightfully associated with such an approach. 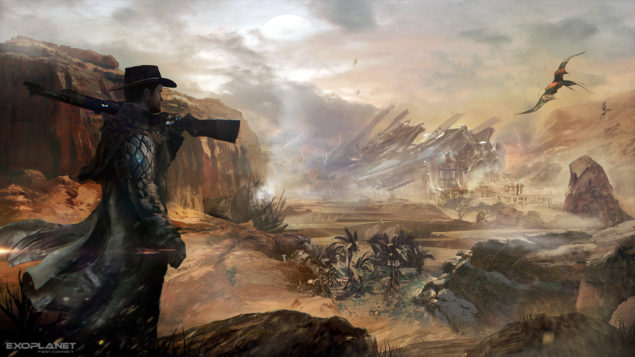 Due to rocky relationship between episodes of gameplay and gamers, Exoplanet: First Contact promises not to make the same mistakes.

Episodic content can sometimes seem like a cop-out in the most basic of terms. Why hold back the content until a later date at all? Telling a story this way might work in other types of media, but it hasn't always had a successful foothold in gaming (with the exception of Tales From the Borderland and some others). We've also seen how such concepts have been very unsuccessful in the past, with Episode 3 of Half-Life 2 curiously missing for eight years. Having expansion packs with as much content or more than the original release has been a successful and well received model for games in the past, so why episodes?

It turns out that there the term "episode" has a different meaning to the developer of Exoplanet. The reasoning behind the move is to have as much story content that you can play as quickly as possible. In a primarily story-driven affair, it can take a lot of time to put together an engaging story, writing the dialogue, do voice-overs, create any new assets and put it all together. That isn't to mean that each episode will only be a small glimpse of the prospects of what can be done in Exoplanet, either. The primary concern was in how much we'd actually get to play. The consensus is that we'll get a lot per episode, more in line with what we found with each Half-Life episode. Games within a game, really.

We want to focus that a Chapter is a complete game with a full storyline and quests. The player won’t feel like he only saw the first TV series episode, but he took part in a complete adventure like one movie of The Lord of The Rings. Our decision of 10+ hrs of gameplay is our minimal delivery, and this covers the main story only. There will be sidequests and exploration activities, that will allow you to get to know K’Tharsis in detail and to discover new options for the main quest. Side quests will lead to non linear gameplay, and as a result increase replayability of the game. One more important callout is that every quest is unique and hand crafted. You will have unique experiences, not the same one when different NPCs ask you to make similar activities. Consider it like higher quality gameplay, not quantity. So it’s really 10+hrs, + sidequests + exploration + replayability.