Ever thought your ‘top of the line’ gaming PC was loaded with the best components available in the market? Well, you thought wrong, because the President Of The United States, Barack Obama has just signed an executive order to build the world’s first exascale supercomputer. For those of you who are unaware, an exascale supercomputer will be capable of delivering 1000 petaflops of computing power, labelling it the fastest supercomputer in the world. While the country does have possession over TOP500 of world’s fastest supercomputers, the fastest one currently is in the hands of China. 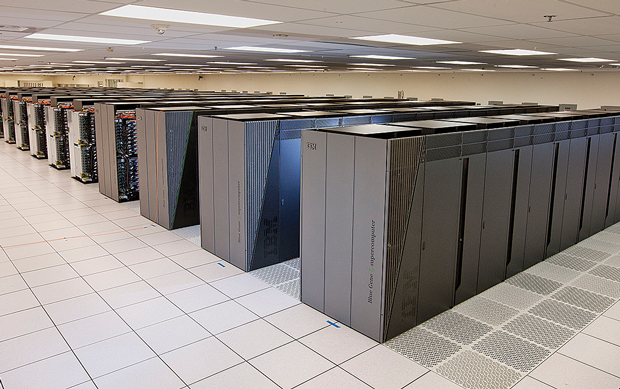 Building Of An Exascale Supercomputer Will Be For High-Performance Computing Towards Research, Development, And Deployment

“Accelerating delivery of a capable exascale computing system that integrates hardware and software capability to deliver approximately 100 times the performance of current 10 petaflop systems across a range of applications representing government needs.

Increasing coherence between the technology base used for modeling and simulation and that used for data analytic computing.

Establishing, over the next 15 years, a viable path forward for future HPC systems even after the limits of current semiconductor technology are reached.

Increasing the capacity and capability of an enduring national HPC ecosystem by employing a holistic approach that addresses relevant factors such as networking technology, workflow, downward scaling, foundational algorithms and software, accessibility, and workforce development.”

For those of you who believe that United States citizens will have immediate bragging rights over having the world’s fastest supercomputer, calm yourselves because the exascale supercomputer will be ready by 2030. So for the remaining 15 years, China will still possess the fastest supercomputer on the planet, which at this current time, is Tianhe-2. The machine was able to score a Linpack benchmark performance of 33.86 petaflops, or quadrillions of floating-point calculations per second.

However, U.S. still possesses the world’s second fastest supercomputer, which is called Titan. It features a total of 38,400 processors, out of which 19,200 are Opteron 6200s, while the remaining ones are 19,200 Tesla GPUs.