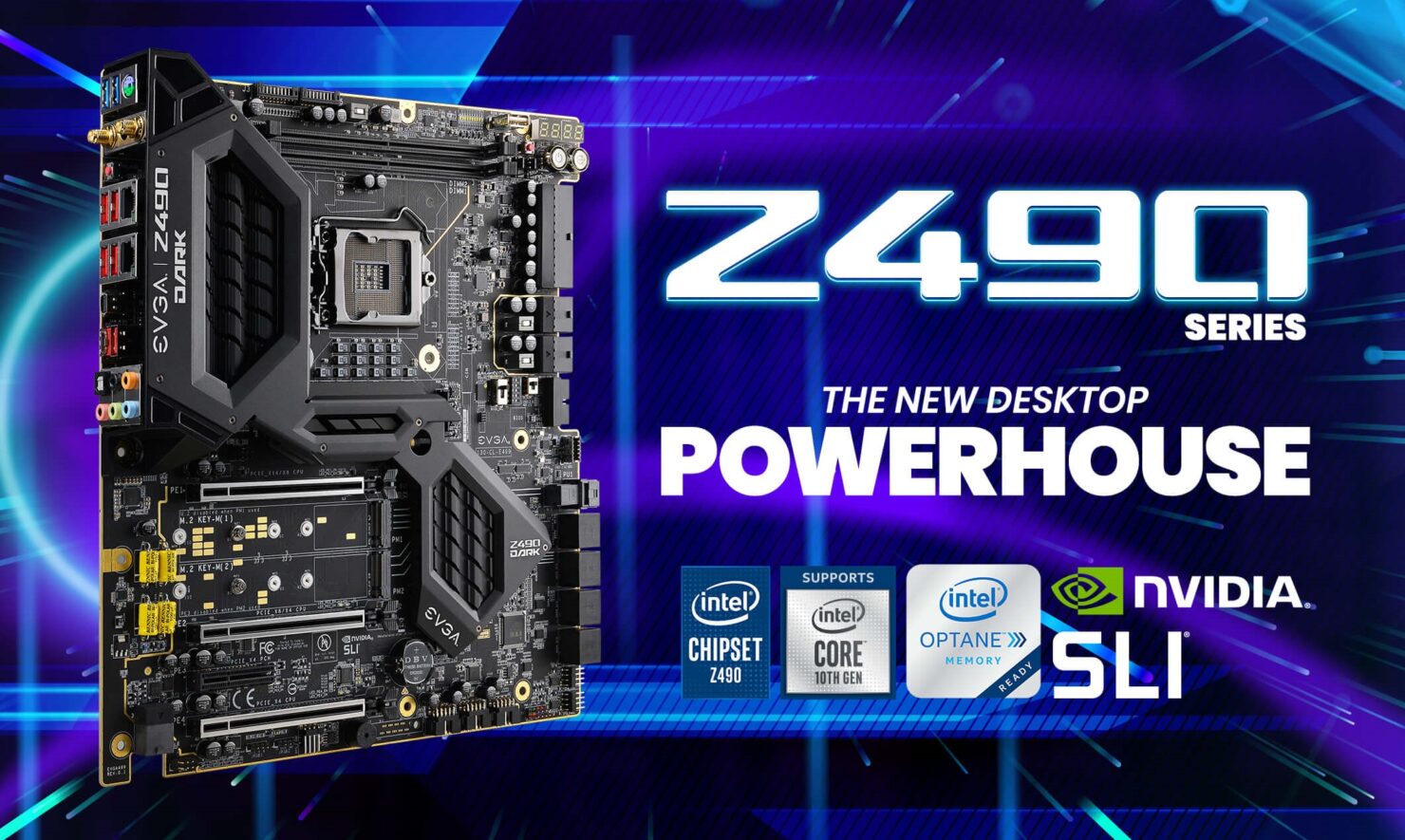 According to EVGA, both of these motherboards will be arriving on retail shelves soon so we might get to see them up for pre-order next week with retail availability on the 20th of May. Prices for the motherboards have not been mentioned but they will be slightly higher than the Z390 models that we got last year.

The EVGA Z490 DARK carries on the tradition of being the flagship model of the lineup, featuring an inverted socket design. This unique aspect of the motherboard allows for faster CPU link with DDR4 DIMMs, allowing for better stability and higher memory clocks while overclocking. The Z490 DARK is primarily designed for overclockers in mind and the specifications seem to acknowledge that as a fact.

EVGA's Z490 DARK features an 18 Phase Digital VRM design that is powered by dual 8-pin power connectors. These power connectors along with the majority of front panel headers are configured to be right-angled for easier cable-management on the motherboard. The board does feature an E-ATX form factor so its larger than the rest of the ATX offerings that we got to see. E-ATX designs are typical for flagship models like the Z490 DARK. The motherboard comes with two DDR4 DIMM slots which support up to 64 GB capacities and speeds of up to 4600 MHz OC+. Storage options include 8 SATA III ports and a single U.2 port. The board itself is made up of 10 PCB layers.

The EVGA Z490 FTW WiFi comes in the standard ATX form factor and features a black and white color design. The board packs a 14 phase Digital VRM which is powered by an 8+4 pin connector configuration. The CPU is surrounded by four DDR4 DIMM slots that are capable of supporting up to 128 GB capacities with speeds of up to 4400 MHz (OC+). The motherboard features dual BIOS and has a range of switches along with dual DEBUG LEDs for overclockers. Storage options include 6 SATA III ports. The motherboard features a 6 layer PCB.