The board which was rumoured a few days ago has now been officially unveiled by EVGA. The new motherboard from the top motherboard manufacturers is named the EVGA X58 FTW3 and is based on Intel’s X58 chipset. The motherboard packs all the goodies and features you’ll expect from a high end EVGA motherboard. 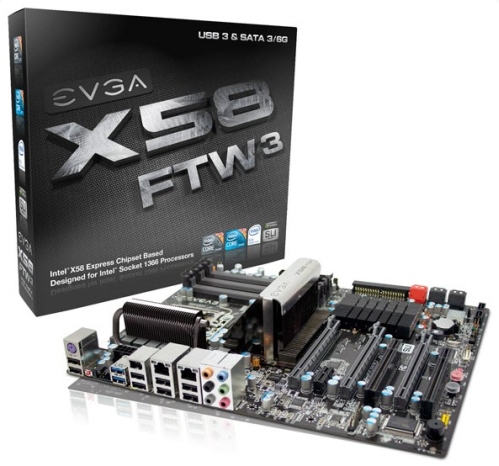 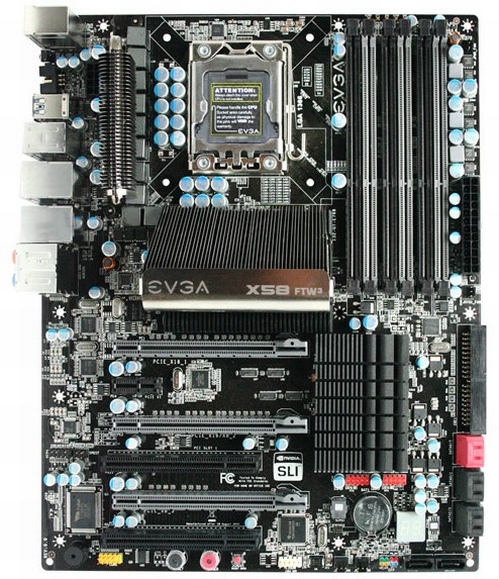 The motherboard supports Intel’s LGA 1366 socket based processors and has a 8+2 phase power design. The board has 6 DDR3 memory slots supporting 1600+ mhz ram. There are 3 pci-e x 16 slots on the board which support either Crossfire or SLI at (16x-8x-8x) respectively. The other cool thing about the board is the huge passive cooling system which makes the motherboard look nice and keep the temps low making it an ideal motherboard for overclocking.

Other specs of the board include 2 sata 6.0 gb/s and 6 sata 3.0gb/s ports with one eSATA port. Audio includes dual Gigabit Ethernet ports and 7.1-channel audio. On-board power, reset and clear CMOS buttons, on board voltage-check points, on-board CPU temp read and, of course, support for EVGA's own EVbot OC external device are some cool features the board offers.

The price of the board is set between 269.99-289.99$ backed with a 2-3 year warranty which is an amazing price for an amazing motherboard.