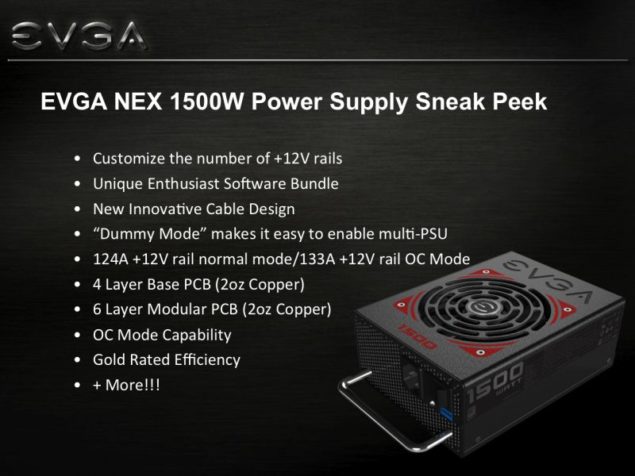 EVGA has showcased their upcoming 1500W Power Supply Unit which would be part of its NEX Lineup of PSU's at CES 2012. The EVGA's NEX Lineup would also include 650W, 750W and 1000W models.

According to EVGA, Their NEX Series Power supplies would feature an Innovative Cable Design along with the ability to customize the number of +12V Rails. The PSU could also be manually controlled through a software which would be bundled by EVGA. NEX Series PSU's also support a "Dummy Mode" which would allow easier use of Multi-PSU.

Prices and Availability are yet to be detailed.