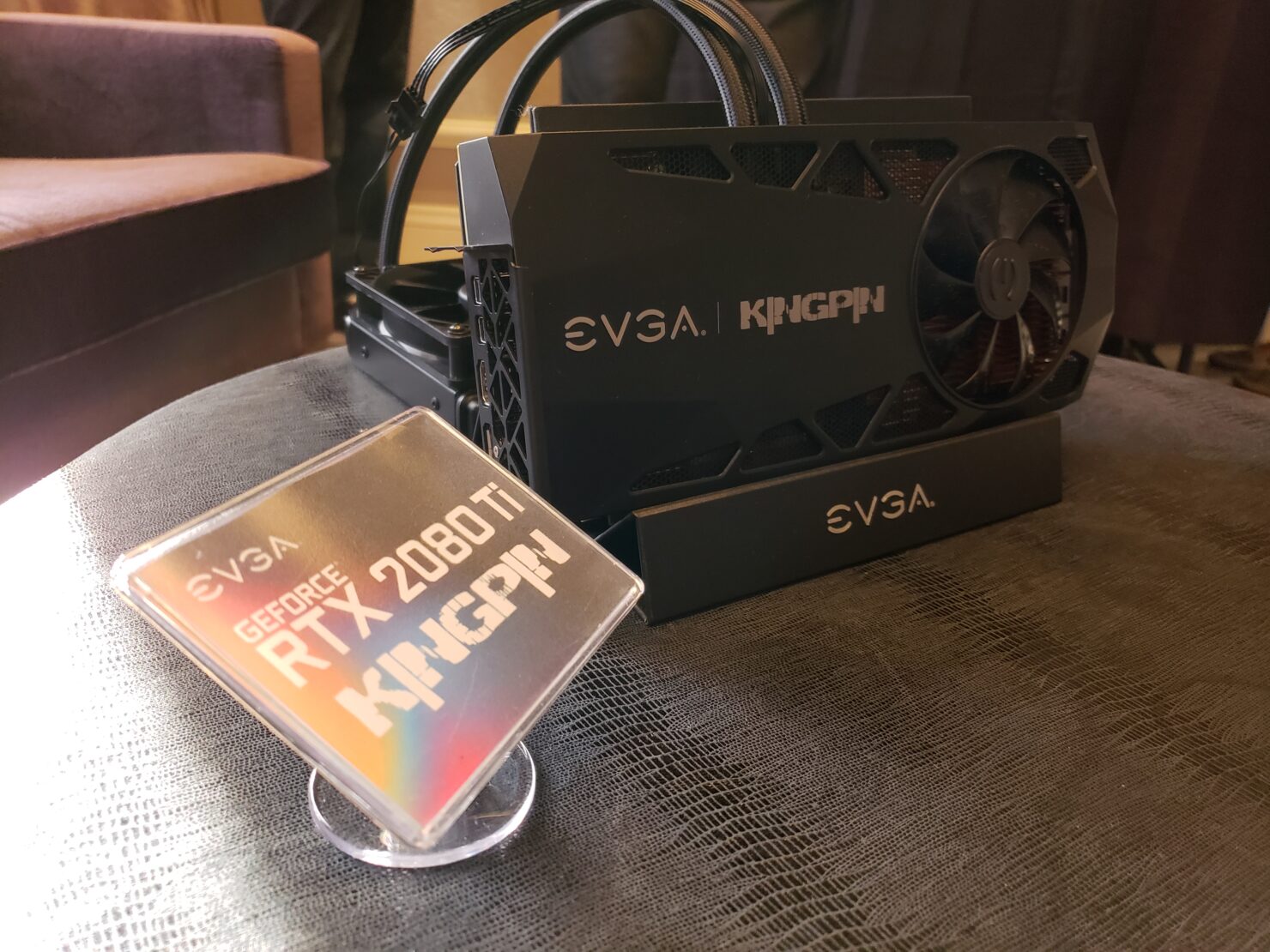 EVGA continues to be a powerhouse in the PC component market, focusing on three pillars in 2019: graphics cards, motherboards, and for the first time, high spec audio/sound cards. While their lineup of motherboards was solely dedicated to the Intel line of CPU's, I was at least able to do a little bit of window shopping for a graphics card to upgrade my EVGA GeForce 980 Ti.

As the GeForce RTX line of NVIDIA graphics cards continues to be the driving focus going forward, EVGA will focus on all three SKU's from the newly announced RTX 2060 all the way through the GeForce RTX 2080 Ti. No single GPU gets just one single card from EVGA either.

Depending on a number of factors, consumers might not want a full sized GPU that can fill all but a full-ATX tower case. For the consumer that wants to enjoy an RTX card but fit it in a Micro-ATX case, the single fan EVGA GeForce RTX 2060 SC or XC could each easily fit inside with the two models varying slightly in base clock speeds. Moving up to a dual fan cooling configuration, you may want to look into the EVGA GeForce 2060 XC Ultra.

EVGA's powerhouse card, the GeForce GTX 2080 Ti Kingpin edition was the centerpiece for their GPU lineup. This hybrid cooled marvel featured a water-cooled copper block connected to a 100mm fan. To drive the card and its hybrid AIO cooler, the Kingpin needs not two, but three 8-pin connectors. Unique to the EVGA GeForce RTX 2080 Ti Kingpin that I hadn't seen on a GPU before is an LCD readout display that can show off more than just core temps. Power, pump, and fan speeds are all visible but it also gives wattage information that I'm sure the overclocking audience can appreciate. At a glance, I was able to learn that the 2080 Ti Kingpin was drawing 350w at 1.09V and keeping stable at 59 degrees Celsius, while the fan and pumps were running at 1,900 and 1,000 RPM, respectively.

While no surprise if you've been following Wccftech recently, EVGA officially displayed their Z390 Dark motherboard for the Intel LGA 1151 chipset. The most obvious enhancement for the Z390 Dark is a 90-degree rotated socket that faces the 24-pin ATX power connector. Only two DDR4 DIMM slots populate the board, but each can support 32GB for a total of 64GB of memory. And yes, the EVGA Z390 Dark is future proof enough to support Intel's 9th Gen CPUs. Among the other motherboards is a variety to appeal from the hobby enthusiast to the budget consumer that offer a wide array of motherboard features. I saw everything from M.2 shrouds, dual gigabit LAN adapters to a slick micro-ATX variant that included a second M.2 NVME socket on the rear of the board.

The third and most surprising reveal from EVGA is a dedicated PCIe soundcard called Nu Audio. I won't go into too much detail on the product, as our hardware editor Keith will be putting together an unboxing and impressions piece on the audio card shortly.