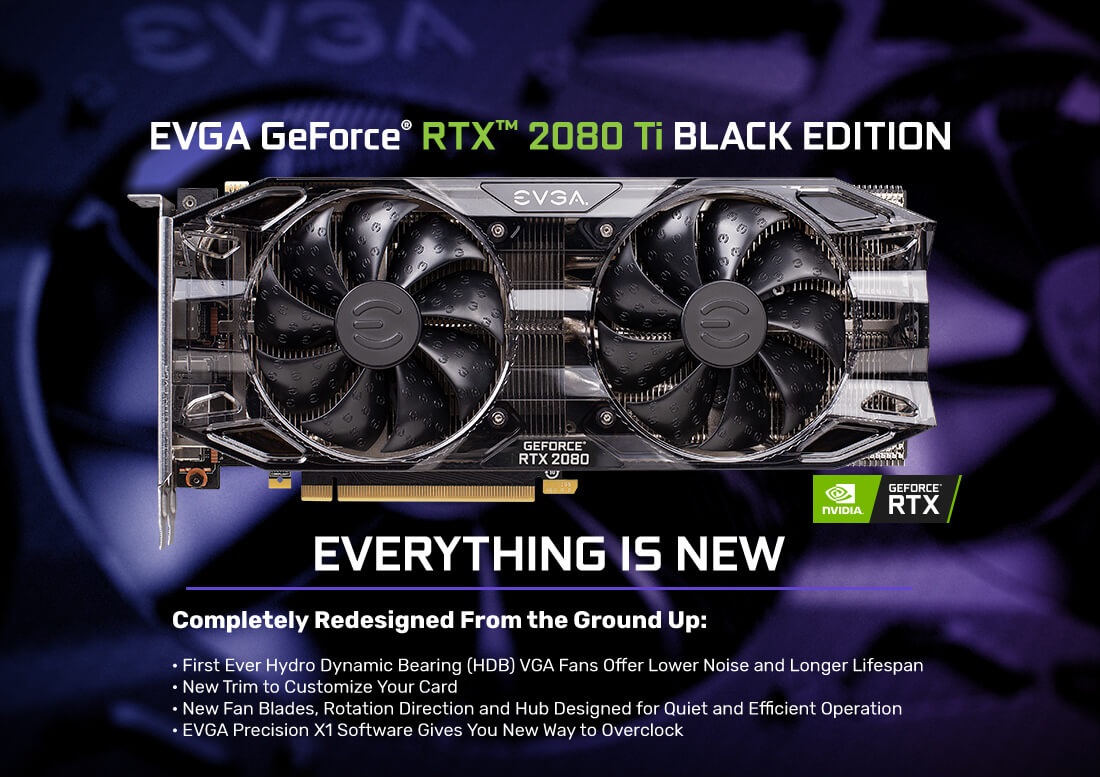 When the RTX 20 Series launched we saw the same 'starting at' pricing we were introduced to back with the launch of the Pascal based GTX 10 series and people simply weren't buying it this time.  With the Founder's Edition this time being a rather robust dual axial fan based cooler it was presumed that the base pricing models would basically be cheap junk consisting of nothing more than a basic plastic blower style cooler.  The EVGA RTX 2080 Ti Black Edition looks to prove otherwise.

Then there was the other issue, would we even actually see any cards at the 'starting at' pricing? After all the pre orders for the RTX 2080 and RTX 2080 Ti all were at or around that founders edition pricing and that wasn't leaving much hope.  Enter the launch of the RTX 2070, while this was the baby of the trio it did usher in the first wave of 'starting at' RTX cards.  There were a few models at the $500 price point, sure a blower card was in there but the others were reference clocked dual axial fan designs giving would be RTX 2070 buyers an option to not spend $600.  I'm currently spending some time with the EVGA RTX 2070 XC Ultra and it coming at under the FE's pricing, it's a decent kicker of a card. 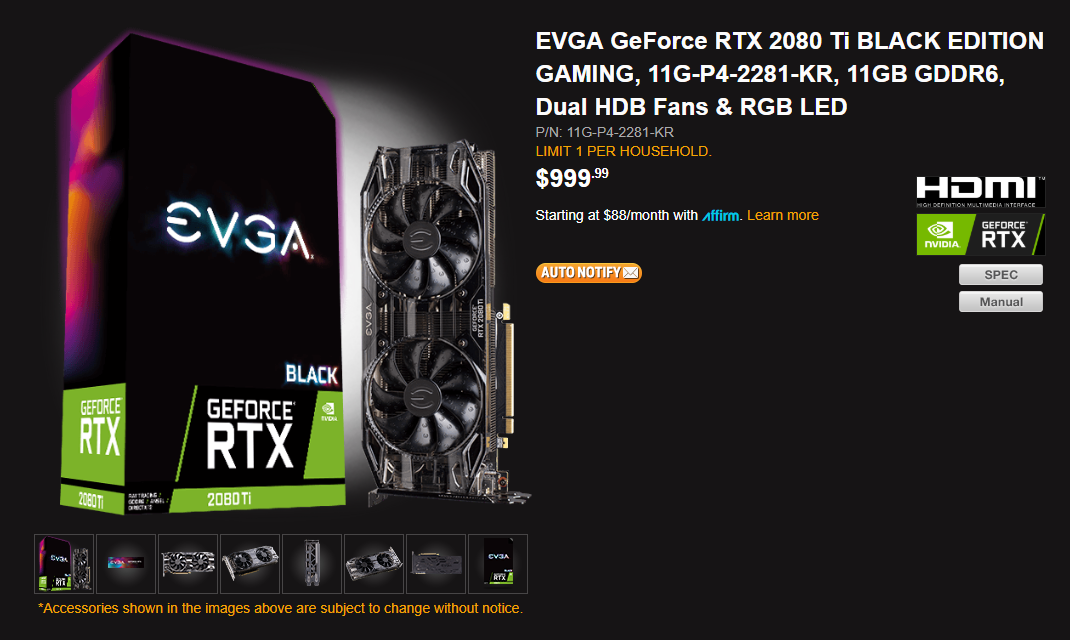 Okay, sure you could get their RTX entry line at that pricing, but what about the big daddy, the RTX 2080 Ti for $999? With all the cards launching at around the $1200 FE pricing I could definitely see peoples concern over not seeing one of these cards for the $999 price.  And I could definitely see the concern over using a blower style cooler on this toasty beast.  Looks like EVGA is attempting to prove everyone wrong on this one, enter the EVGA RTX 2080 Ti Black Edition Gaming.  Sure it's clocked at reference specifications but with NVIDIA Scan OC built into Precision X One I would seriously laugh at anyone using that as a negative.  Looking at the rear I/O and the size of the card we can pretty much expect this to be a reference PCB with EVGA adding their flare in the form of a textured backplate and excellent cooling solution on the GPU side.  At $1200 the RTX 2080 Ti is a tough sell despite its performance offering, but at the 'starting price' of $999 it's much more arguable with it's performance lead over, well, pretty much everything in the consumer market.