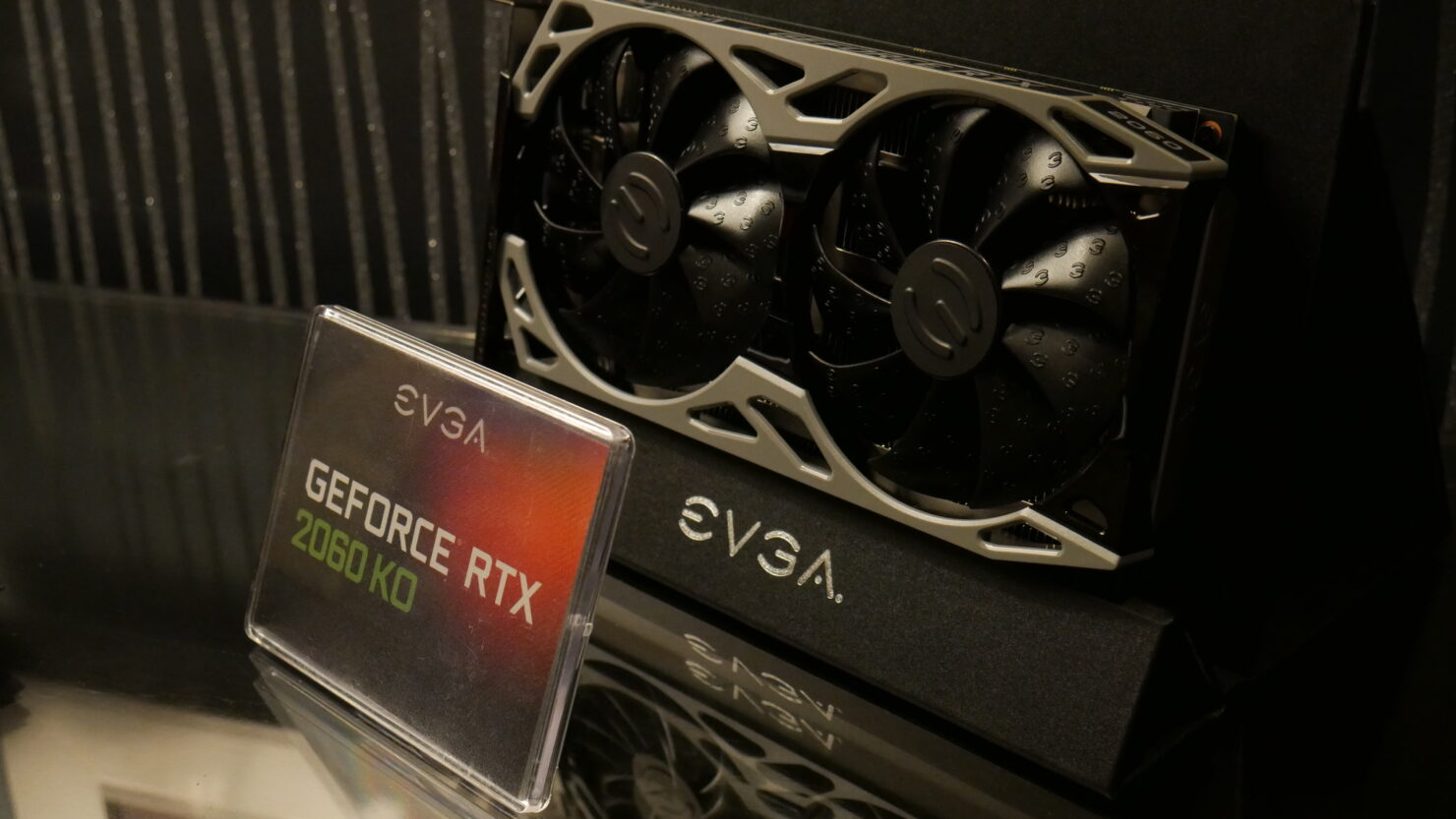 The NVIDIA GeForce RTX 2060 originally launched at a price tag of $349 US and the high-end SUPER variant took up the $399 US pricing. The RTX 2060 isn't a bad card by any means but its pricing has been slightly on the high-side when it's predecessor, the GTX 1060 was available for under $300 US and while NVIDIA might market its RTX features as being all worth the extra price, there are the 16 series Turing cards which offer better performance per dollar than the RTX 2060.

However, the general consumer opinion about the RTX 2060 is about change as NVIDIA might be introducing a new line of RTX 2060 graphics cards, offered by its board partners, at a much lower price point. EVGA is the first to confirm the new pricing strategy with their EVGA GeForce RTX 2060 KO edition graphics card.

The EVGA GeForce RTX 2060 KO on display over at EVGA's booth has a design that is identical to the GTX 1660 SUPER SC Ultra Black. It features a shorter PCB length which still uses a new custom design, houses a large aluminum fin array heatsink which is cooled by two fans and the futuristic shroud that EVGA has deployed on its RTX graphics cards. There's also a nice backplate that looks great and a single 8-pin connector provides power to the graphics card. The card comes in a dual-slot design and has three I/O ports which include a single HDMI, DVI, and a DisplayPort. This is a fairly standard configuration of many custom RTX 2060 graphics card.

The NVIDIA GeForce RTX 2060, on the other hand, is up to 20% faster than the GeForce GTX 1660 SUPER while offering added features such as RTX, DLSS, etc. It would be interesting to see how the Radeon RX 5600 XT and the price-cut GeForce RTX 2060 perform against each other in the coming weeks.