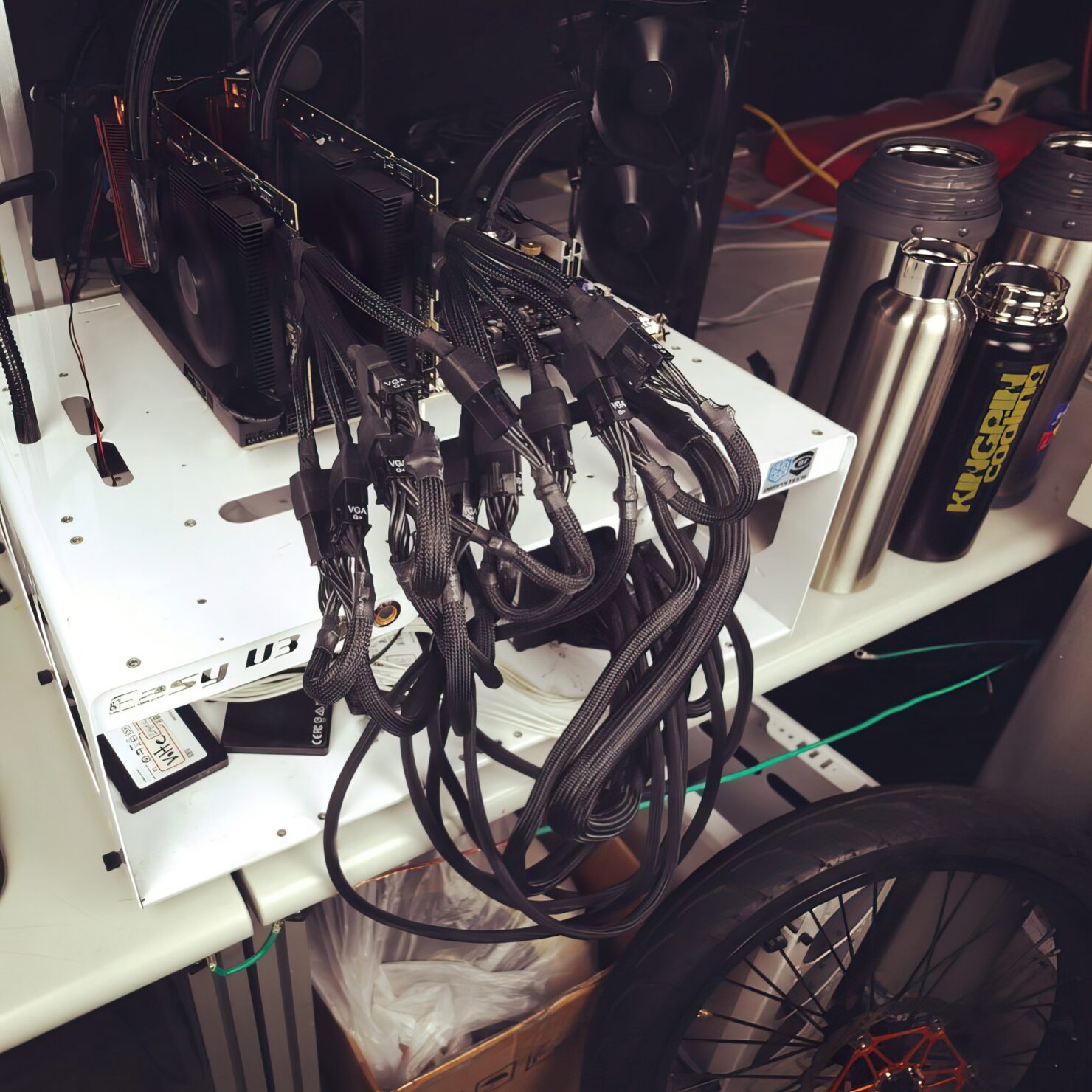 But EVGA has pushed things to the extreme by running two of its GeForce RTX 3090 Ti KINGPIN cards together. That's a total of four 16-Pin Gen 5 connectors. And to power those connectors, it requires a total of 12 8-pin connectors adapter to the new interface. To run such a power-hungry configuration, EVGA must have used a separate power supply for the graphics card. Also, EVGA's GeForce RTX 3090 Ti KINGPIN Hybrid graphics cards aren't any standard models, they are heavily custom designs that have a TGP rated at 516W and a 1200W power limit from those two Gen 5 interfaces. This means that the GPUs can draw up to 2400 Watts of power which is pure insanity.

To put things into perspective: 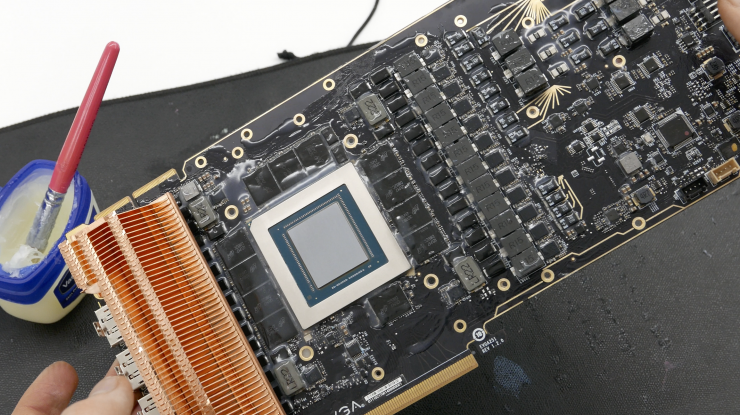 Now such a configuration is completely impractical even on the new ATX 3.0 standard PSU as those would rock either a single or two Gen 5 plugs. This configuration requires four of those. It looks like EVGA's in-house overclocker, KINGPIN aka Vince Lucido himself, has set up the cards to break some insane world records. Just how far it can be pushed remains to be seen but GALAX holds the top spot so far with its RTX 3090 HOF, hitting over 3 GHz clocks. Whether KINGPIN pushes the 3090 Ti beyond 3 GHz is something that definitely gets me excited to see but I would also be interested in those monstrous power and temperature figures that the KINGPIN Hybrid RTX 3090 Ti graphics card produces.