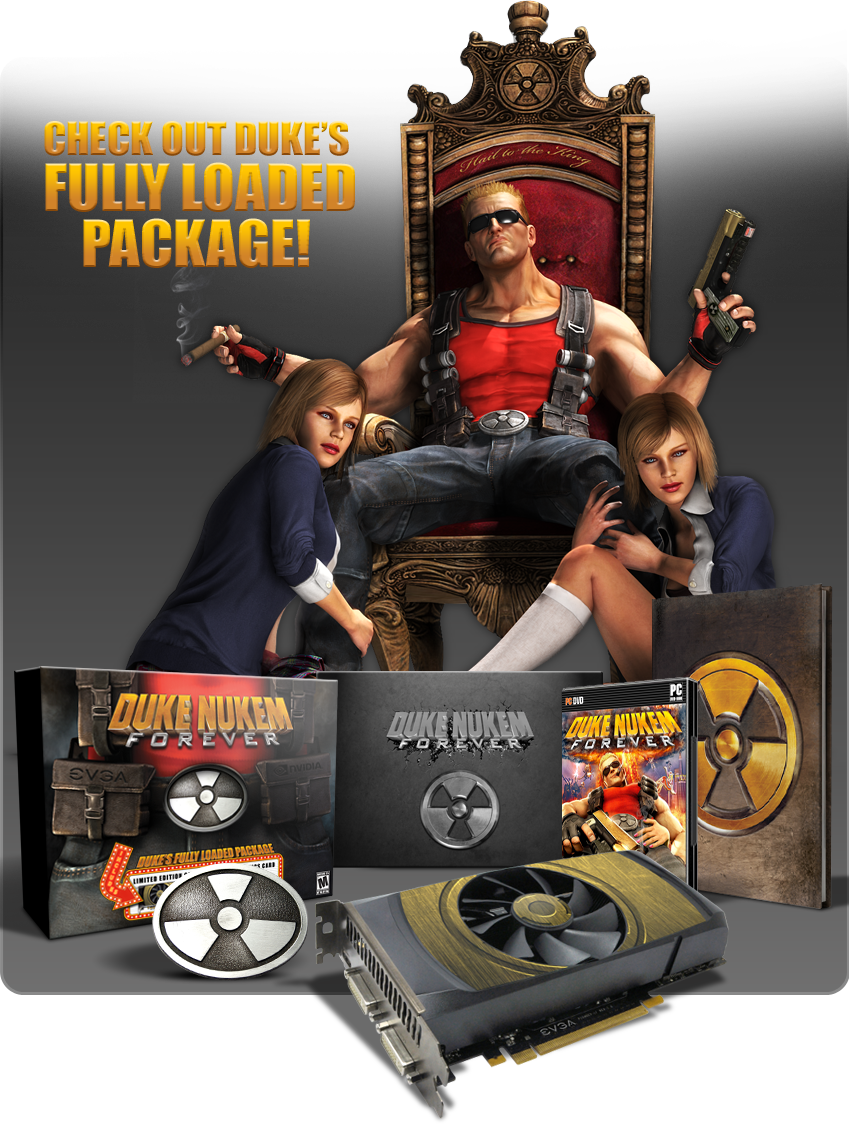 EVGA has announced their new exclusive "Duke's Fully Loaded Package" Bundle which would feature a limited edition Duke Nukem themed Geforce GTX 560Ti, Full Duke Nukem: Forever game along with some other goodies. Duke Nukem itself is coming out next month on 10th June and 14th June (North America Release) while a Pre-Demo would also be released for the "First Access Club" on 3rd June.

After years of delay the Duke is finally back, He's here to kick some alien A** and save human beings (Especially the Girls) from devastation. He also comes with a Limited edition bundle for his fans who have been waiting for the release of the game for so many years. You get the following stuff in the package:

The Bundle is great, But no GUM? 🙁 Oh wait, Im all out of Gum. So yeah! The Bundle still rocks. The Geforce GTX 560Ti bundled is clocked at 810/1620/4008mhz for Core/Shader/Memory respectively. Featuring 1024Mb GDDR5 memory along a 256-bit wide memory. The card also includes Nvidia Exclusive features such as DX11, PhysX, 3D stereoscopic, Cuda etc to make the deliver an unprecedented gaming experience. The card is available at a price of $244.99 here. Buying the package in May-June 2011 will get you a free 10 year extended warranty period upgrade. 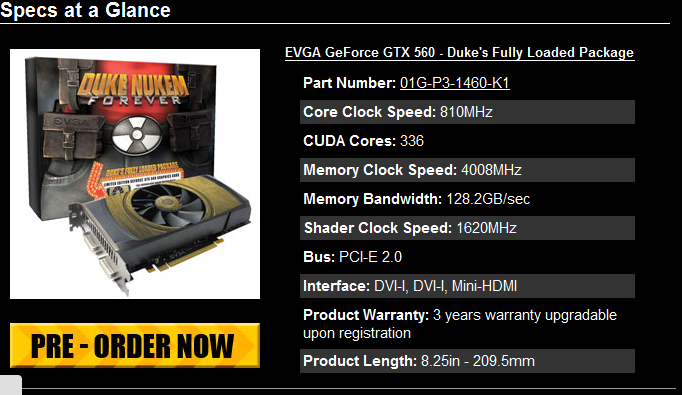 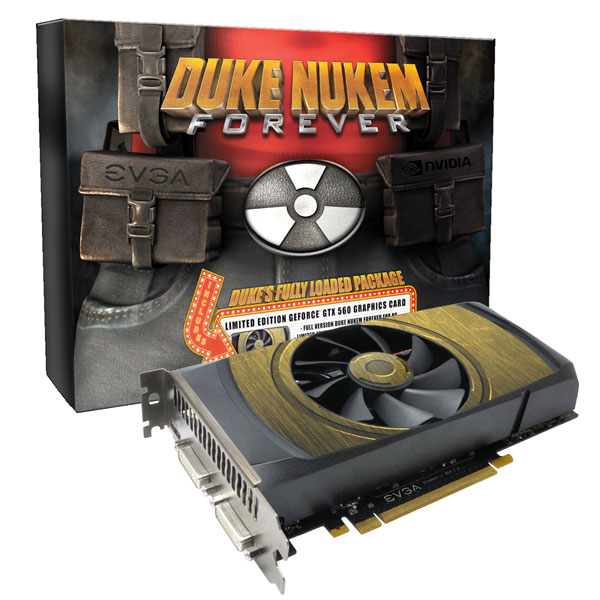 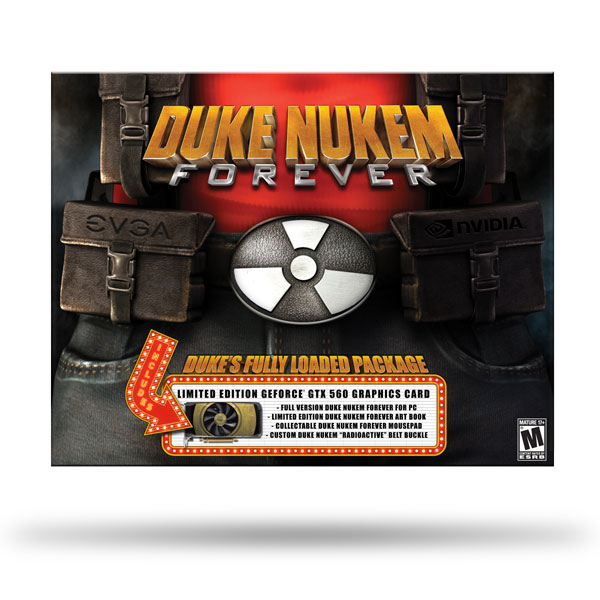 For more info, Check out EVGA.com