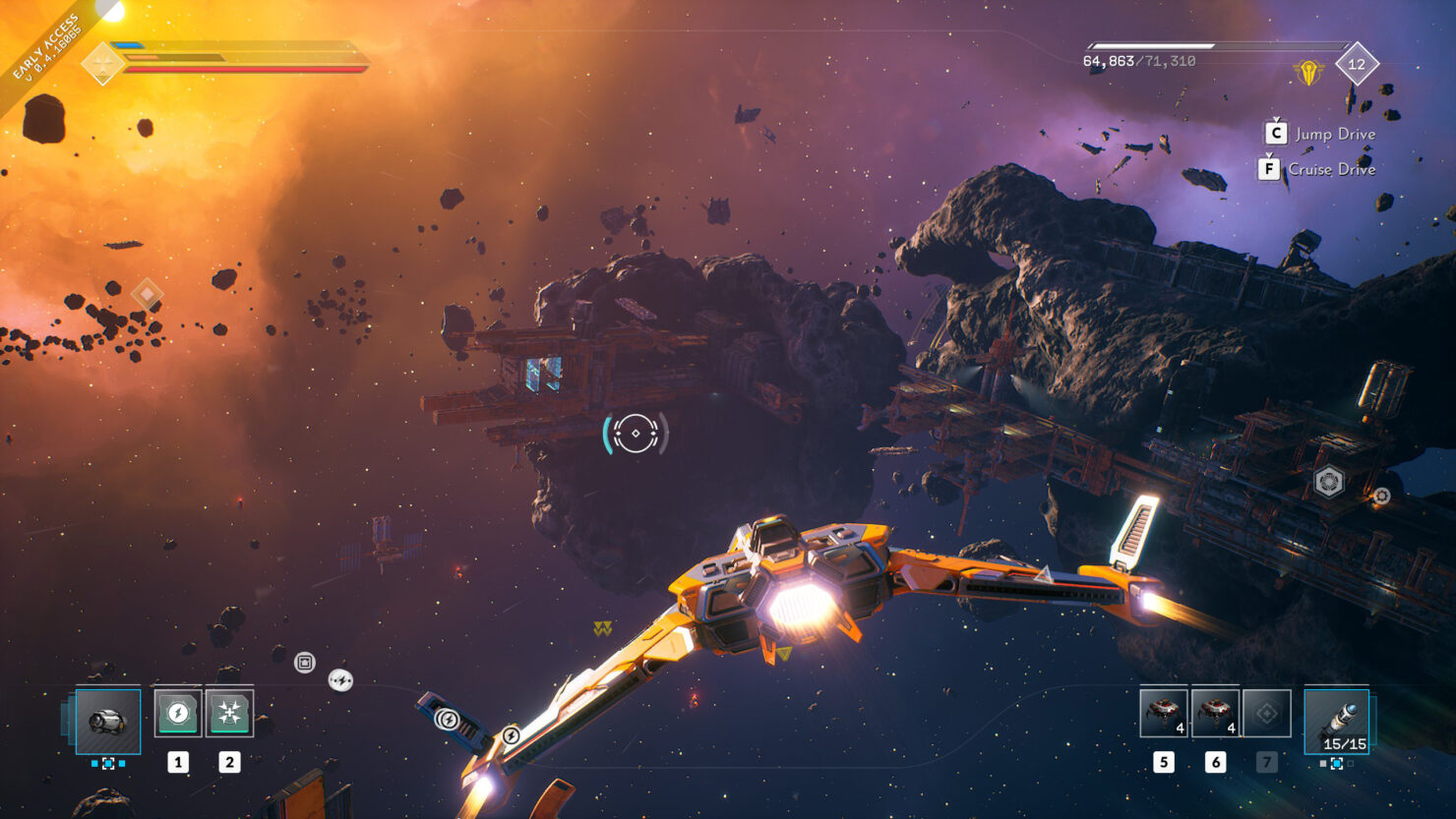 The new update for EVERSPACE 2 is known as Khaït Nebula: Stranger Skies. As mentioned before, it brings a new Star System known as Khaït Nebula. This is the game's 4th star system, and it's made to take Rockfish's promise of bringing handcrafted locations with puzzles and loot to a whole other level.

The latest trailer, which showcases the features brought by this new Star system in EVERSPACE 2, can be seen below:

The Redeemers dominate the Khaït Nebula. It's hard to tell if they're protectors or scavengers of this territory. However, they are armed with AoE weaponry and overheating missiles, making players have a hard time exploring Khaït Nebula. This faction is hostile to all who enter the Nebula and survive off illegal trade but also offers Ancient tech and artifacts to those with the right connections.

Players will have a new ship to fight the Redeemers with a new Heavy Fighter type ship called The Vindicator. This ship's drone focus is supported by both its expertise, which increases drone hull hit points, and its Ultimate ability, Phalanx, to immediately spawn all missing drones, significantly increase their fire rate, and synchronize them to attack a locked target.

The level cap of the game has been increased to 20. Additionally, the newly introduced character Khala the Navigator will introduce players to a long-awaited feature: Fast-travel. Furthermore, by unlocking the Location Scanner perk, additional information details will show on the map, like how many secrets are still to be found.

EVERSPACE 2 is currently available on Steam and GOG as Early Access. Recently, EVERSPACE 2 was also made available on the Microsoft Store, and it's currently one of the titles that are free for Game Pass users. The game's full release on PC (Windows, Mac, Linux), Xbox, and PlayStation was delayed to early 2023.