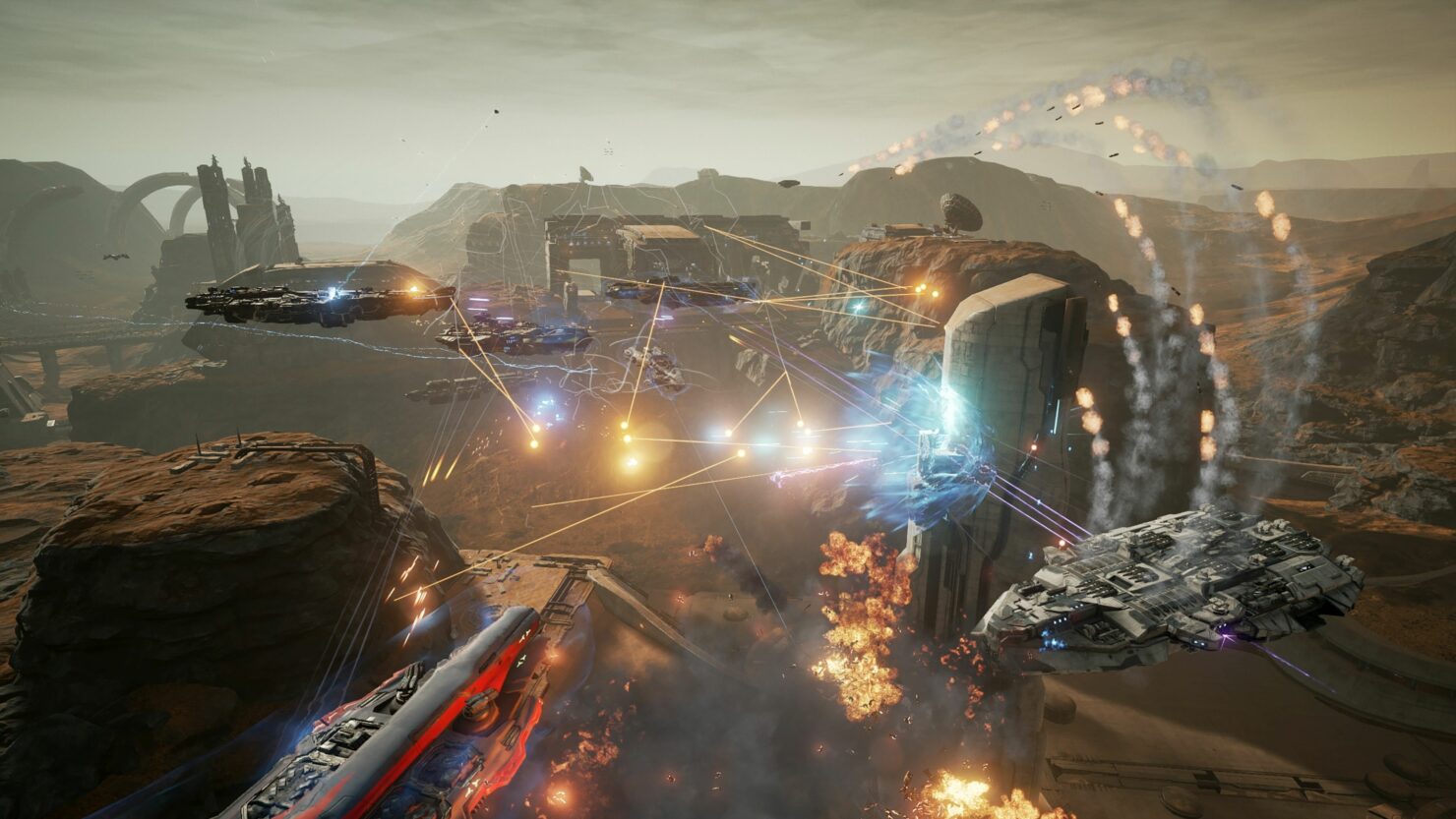 I have to admit that Dreadnought is a game that I had zero prior knowledge of before attending Gamescom. However, it let the game surprise me during the presentation and hands-on session that I participated in. This is because Dreadnought offers something that I've wanted for quite some time, but never thought I'd get. That being the ability to control the Battlestar Galactica in battle.

Yager Development, the studio behind Spec Ops: The Line (the best shooter since at least 2012 in my book), certainly understand why people would want this. Indeed, one of the team even stated that capturing the feeling of controlling these huge ships from peoples favorite shows and films is one of their major aims in developing Dreadnought. They certainly have managed this.

The ships are frankly huge and with this comes a real sense of weight. Even the fastest ships are bulky and feel tank like. The slowest are veritable sitting ducks, relying on superior armor, firepower and, most important, level-headed tactics. This is something that I learned instantly in the hands-on session and subsequent games in Dreadnought's currently closed beta.

What did take me a little time to learn is the value of patience in Dreadnought. Much like the speed of the ships, your choices take a decent amount of time to implement. Not only that, but they require you to have made some logical deductions in if it's even the right decision to make. Nothing makes this clearer than the energy management system. You have the ability to boost one of three areas: Engines, Shields or Weapons.

This means that any decision is a risk and reward calculation. If you boost your engines, which increases your speed and maneuverability, it invariably means your offensive weapons and shields are weakened. Do you want to warp-jump into the fray and quickly boost power to weapons or shields? Picking your target and how you're going to take them out will always be on your mind, but being able to escape and survive will be there as well. If you run out your battery, you're left stranded until it recharges, so what may seem like a good idea fight may end up being the death of you. Planning will always be key.

Even in your ship selection a lot of planning is required. Before any battle, or even before entering the matchmaking system, you have a hanger with your ships. There are five ships available at the moment, these being the Heavy, Assault, Sniper, Support and Scout. They have varied levels of armor, defense and maneuverability, as well as having different number of slots for placing weapons, abilities and more in. 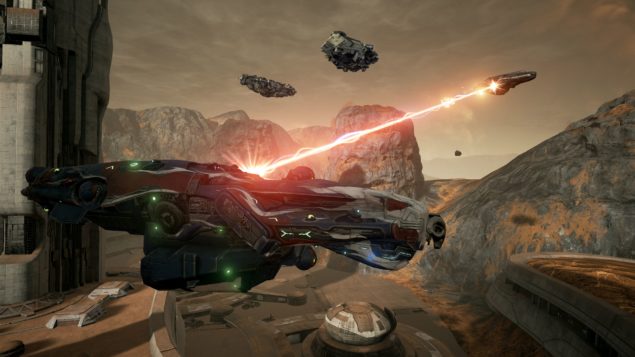 This is where the customization of Dreadnought really takes shape. In the five classes of ships comes a huge variety of ships, with a planned number higher than fifty. With these ships you can choose from a roster of skills over one hundred large, as well as extra customization through officer briefings and the weapons you choose. This also results in a lot of pre-planning before you even enter a battle.

My choice was to go for a heavy class ship. I fitted it with kinetic style weapons, such as warheads and flak cannons. I increased the level of armor, that invariably slowed it to a snails pace at best, but countered that with a warp jump, that let me jump into battle quickly - sometimes behind the enemy - and unload on them before switching my power to shields and holding out until I could warp again.

This proved most impressive when teamwork was employed. This was just a game on the new onslaught mode and one of the other players who was there for the hands-on session chose a support class ship. I warped in and found myself against three ships. Having taken down one, with some damage, my teammate closed in on my position and started to heal me. There was little the enemy could do as the huge mass of my ship shielded him, meaning that through a slow, but incredibly impressive firefight, we were able to take the other two out.

It's moments like this that show where Dreadnought will be most effective. If you have a group of friends, the opportunities to work in synergy are countless. Choosing the classes that complement the team, communicating and working together will make this one of the most tactical games out there. Even with random players this is possible, as was indicated in the hands-on session, and this is where I can imagine Dreadnought appealing to a decent number of players. 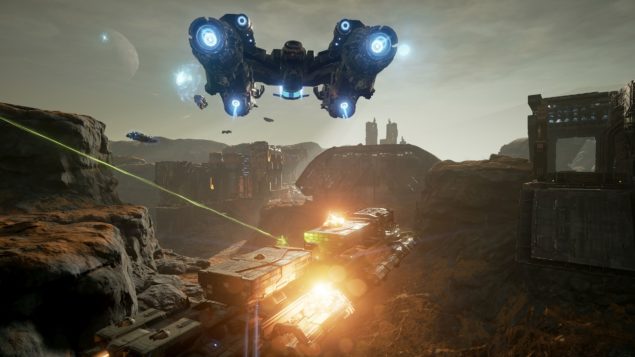 Now there is always something you need to keep in mind. Dreadnought is a free to play game and it will come with microtransactions. How these affect the game, what you can actually buy, this is what will be the deciding factor in Dreadnought's overall quality. I did ask what these microtransaction would be, and I was told that they would either be purely cosmetic, or to increase progression through increased progression gain such as experience and currency to access weapons earlier than you would through normal play. It's hard to tell now just how influential the microtransactions will be, or what sort of rate of progression non-paying players will have.

However, from a pure gameplay perspective, I have certainly enjoyed Dreadnought so far. It's a more relaxed experience, until you're in a fight. Featuring a slower paced multiplayer game than most others I've played. It doesn't punish you when you're learning, particularly so in the upcoming Onslaught mode that was also announced at Gamescom. Currently in its closed beta, it is planned to enter open beta this year. I'd certainly recommend checking it out then.