Dying Light has finally hit the local shelves, and at last, fans of open world survival horror video games are getting their hands on Techland’s highly anticipated tripe A title. After GTA V’s release being postponed to March, Dying Light is all what graphics hungry gamers have to play this month, and thankfully, other than common bugs and glitches, the game is not all that bad. However, a number of players have reported some errors that affect the PC version of the game, below you can find solutions to some of the errors and bugs players are facing while trying to run the game smoothly. 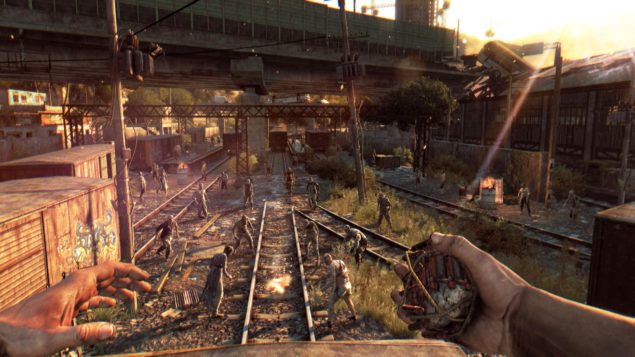 Techland, a video game development studio responsible for open-world zombie series Dead Island, recently launched a brand new IP that takes on the developer’s previous survival horror video games and improves heavily on them. Dying Light offers a fairly massive open world and pretty visuals, allowing players to traverse an urban environment overrun by zombies. The game performs quite well in terms of gameplay and visuals, however, there are some common bugs and errors that affect smooth performance of the game.

Some of the common errors that PC players are facing while trying to run the game and their solutions have been listed below. Before proceeding, you may want to check out the final Dying Light system requirements here to see if your PC is on the mark to run it. All thanks to Gamunation for sorting this out.

Random crashes and stuttering issues can be avoided while trying to run Dying Light by changing the resolution of the game if you are able to get to the in-game graphics settings. However, if the game directly crashes to the desktop without even showing the start screen, updating your drivers might help, as it has worked out for many players who were facing the same problem. Updating drivers is a pretty basic and easiest way to avoid crashing and stuttering issues. There are many tools available on the internet that can help you update your drivers quickly and easily.

Game Not Opening / Input Not Supported

When you try to run the game, you get “Input not supported” error notice. The possible solutions for this problem are:

If your PC did not meet the requirements for Dying Light, you might face some technical issues while trying to run the game. One of the issues your gameplay may get affected with is low fps or frame rate drops. Try to follow the steps given below to get rid of the lag and improve the game’s fps.

Sometimes users may get an error about missing DyingLight.exe when they try to run the game after installation. Your Anti-virus software might be causing this, as it sometime detects deletes your .exe game files during malware checkup. To avoid the error, make sure that you have turned off the Anti-virus software before you begin the installation.

Only a few number of people have reported sound-related issues with their copy of Dying Light, so simple solution to the problem for those who are facing It will be to update their sound card drivers. It might help in better sound quality without any lag and noise.

DLL Crash on Start Up / DyingLight.exe Has Stopped Working:

Many players have reported that Dying Light crashes on start up, giving error notice; “The program has stopped working as “Dllfilename.dll” is missing from your Computer.” If you are facing the same problem, you might want to avoid wasting your time by uninstalling and installing the game again. Try the following the given steps to fix this error without wasting any extra time.

Those who are playing Dying Light on SLI, and are facing stutter while doing so, can try this method to avoid the problem.

Now, select the security tab and hit the Edit button. Select your username from the list. Below that, check the deny box next to “Modify,” it should automatically check the sub-options given below it as well. Click OK and Yes to the next prompt that appears.