It didn’t take long for the entry-level 13-inch MacBook Pro teardown to come forth since Apple updated its notebook lineup just a couple of days back. The new machine features a lot of changes on the inside, which iFixit has pointed out in its meticulous teardown process. By incorporating a Touch Bar and Touch ID, Apple had to make numerous changes to the MacBook Pro’s innards to make sure that the machine doesn’t compromise on performance and battery life.

MacBook Pro’s SSD and RAM Cannot Be Replaced, Making Upgradability a Problem for Customers Wanting to Expand Storage and Memory Down the Road

The biggest and perhaps a highly welcoming change was the increase in battery capacity. The latest MacBook Pro teardown reveals that the machine features a decent 58.2W/hr capacity, making it slightly bigger than the 54.5W/hr cell found in the previous-generation non-Touch Bar model. The increase in capacity was most likely done to fuel the Touch Bar, Touch ID, and T2 chip while maintaining the same impressive 10-hour battery life of the notebook. An additional interesting fact about the battery capacity revelation is that 2019 13-inch MacBook Pro features a smaller 58W/hr battery, but in comparison, that difference can be treated as insignificant. 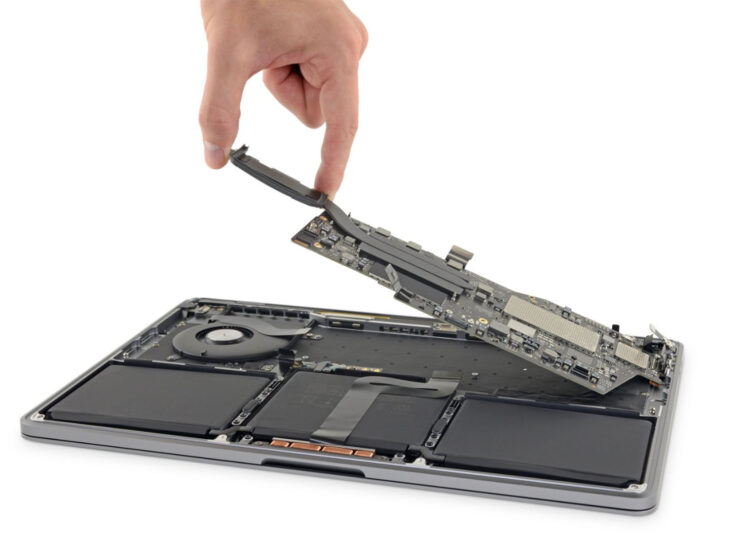 The teardown also reveals that Apple needed to incorporate a smaller heat sink and speaker to make room for newer features such as the Touch ID and Touch Bar. Coming to the storage, the MacBook Pro teardown also shows that the notebook’s high-speed SSD cannot be upgraded, but then again, when purchasing an Apple notebook, you should expect this lack of expandability. Still, for $1,299, you’re getting an upgraded and robust machine with increased performance, so nitpicking around what Apple has been doing for years is something we shouldn’t complain about now. 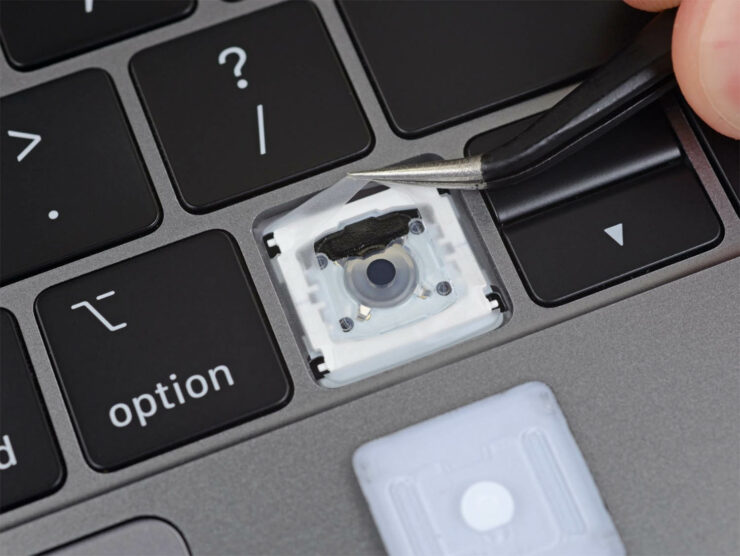 Of course, another thing that comes with a MacBook Pro purchase is the inability to repair the notebook yourself incase of a mishap. iFixit has also provided the following details regarding the repairability of Apple’s latest refresh so that customers are well-informed before bringing one, or several units home and later displaying buyer’s remorse.

The MacBook Pro 13" with Two Thunderbolt Ports earns a 2 out of 10 on our repairability scale (10 is the easiest to repair):

The trackpad can be removed without disturbing the battery.

Proprietary pentalobe screws continue to be hostile to repair.

The battery assembly is still very solidly glued into the case, complicating replacement of a consumable.

The SSD is no longer replaceable—but as it was previously a proprietary drive, the newly soldered storage has about the same effect for the average fixer.