Here's a complete guide on how to enter CheckerBoard Diagnostics Mode in iOS 10.3 running on iPhone or iPad.

iOS 10.3 Has a Hidden CheckerBoard Diagnostics Mode Setting - Accessing is Pretty Straightforward too

With the release of iOS 10.3 Beta, Apple has baked in a new CheckerBoard diagnostics mode, allowing Apple to quickly go through certain parameters of your iPhone or iPad. Using this feature, the company can find out if there is something wrong with the software or hardware, or maybe both. Interestingly, anyone can access this feature, thanks to developer Steve Troughton-Smith. But remember, while this feature is accessible right now by anyone, there's a chance Apple might lock it down as soon as the final version of the software is released to the public later on. Also, since this feature is meant for Apple and its employees to run diagnostics on your iPhone or iPad, therefore please do not tinker around with it too much. There's no telling what sort of damage you might end up doing to your device. Therefore it's best to play safe at every step of the way.

Are we clear? Let's dive into the neat stuff now!

1. Power down your iPhone or iPad.

2. Connect your device to a charger and then immediately hold down the Volume up + Home key combination together. 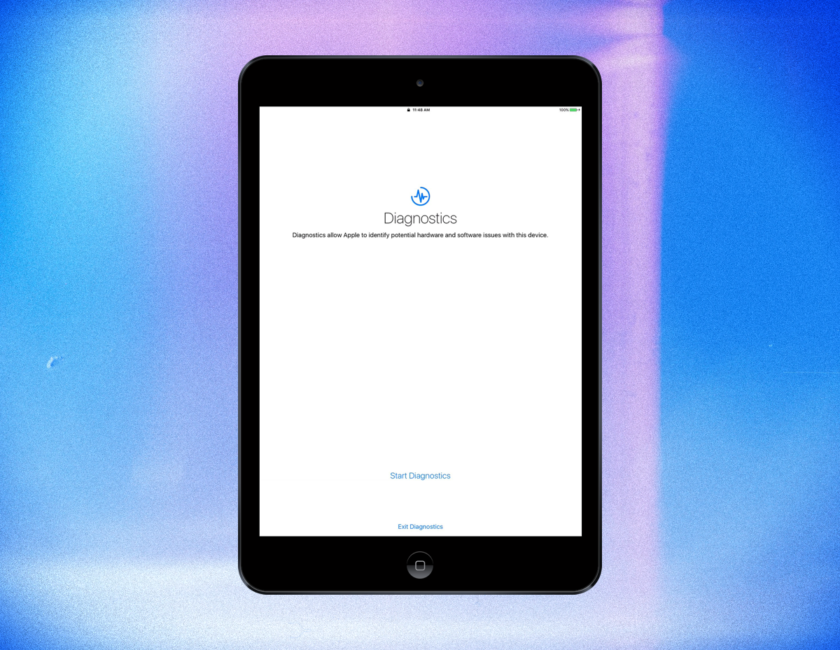 3. Keep on holding the key combination until you boot straight into the CheckerBoard Diagnostics Mode.

Quite frankly, there's nothing much to do when you enter this mode as it is mainly meant for Apple itself. And like I mentioned above, there's a high chance Apple might even end up removing this feature altogether in the final release in a way that it's only left to be accessed by the company's employees only. Nonetheless, it's a cool little party trick to know about, given you are running iOS 10.3 Beta.

Speaking of which, the software is available for developers and non-developers both. The latter can be accessed by heading over to beta.apple.com. It's absolutely free, and the download plus the installation process happens over the air, which means you don't have to be tethered to a computer or anything to get things done.